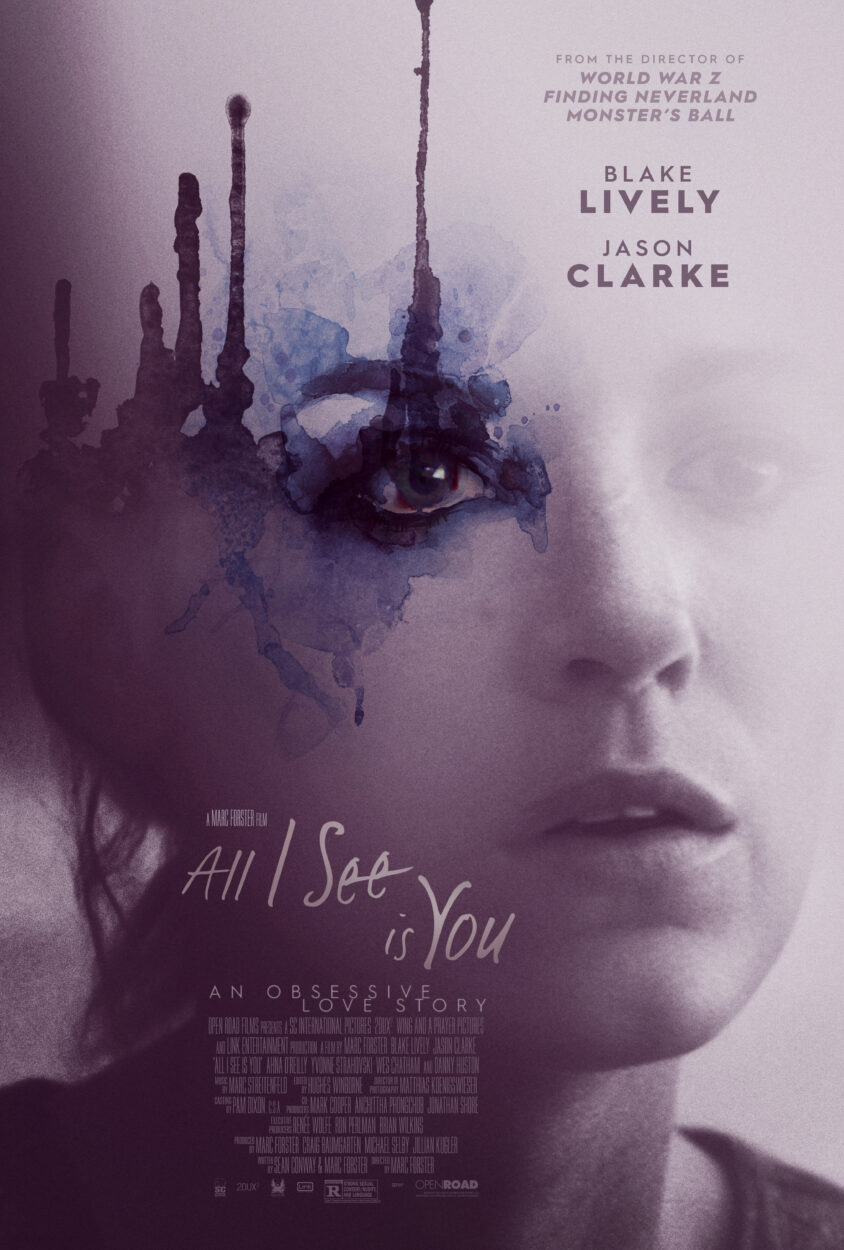 ALL I SEE IS YOU
In Theaters October 27
Gina (Blake Lively) and husband James (Jason Clarke) have an almost perfect marriage. After being blinded as a child in a nearly fatal car crash that claimed her parent’s lives, Gina depends on James to be her eyes-a dependence that appears to solidify their passionate relationship.  She sees her world in her own vivid imagination with help from James’ descriptions. Despite her disability, the two enjoy a colorful existence in Bangkok, Thailand where James works in insurance and Gina explores life in a foreign country.  It seems the only real hardship this loving couple faces is difficulty conceiving a child but when Gina is given the opportunity to have a corneal transplant and regains her vision, their life and relationship are upended. Gina now sees the world with a new sense of wonder and independence which James finds threatening. It is only when Gina suddenly begins to lose her sight again that she finally realizes the disturbing reality of their marriage and their lives.
Cast: Blake Lively, Jason Clarke, Yvonne Strahovski, Danny Huston, Ahna O’Reilly, Wes Chatham
Directed by: Marc Forster
Written by: Sean Conway, Marc Forster
Produced by: Craig Baumgarten, Michael Selby Marc Forster, Jillian Kugler
Distributor: Open Road Films