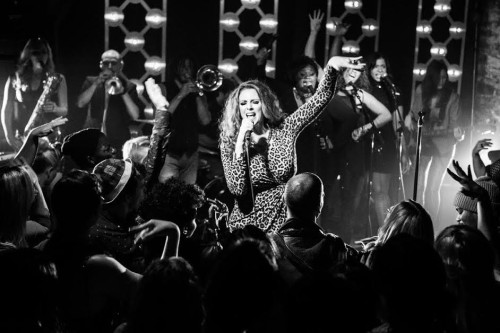 Chattman added, “Alamo is the best thing to come to Yonkers since Caldors. I’m so psyched to hold this event there. I love everything that represent and have brought to the city and county.”

Chattman, a longtime writer whose articles have appeared on everything from the Huffington Post to TV Guide, created the event last year under his A-Sides Music (asidesmusic.com) brand as a way to honor underrated champions in pop culture history. Honorees in 2013 included wrestling legend Jimmy ‘Superfly’ Snuka, whose autobiography Superfly was published by Triumph last year and was co-written by Chattman, TV icons The Magic Garden’s Paula and Carole, and 30 Rock actor Grizz Chapman.

“This show doesn’t go for the glitz and glamour of Tinseltown. I don’t care who Barkhad Abdi chooses to wear, and neither do you. This award show is simply celebrating great music and wonderful artists,” Chattman said. “The Oscars are going to be thrilling but predictable. Anything can happen at the ‘Poppies.’ I think I proved that last year when I let my dad play Lady Gaga on the piano. This will be the party of the year… mind you – the new year just started.”

Adding to that sentiment, Andrew W.K. said, “I’m really looking forward to partying at this party while receiving an award for partying! It doesn’t get much partier than that!”

Tickets are $12 and available here.

For sponsorship inquiries or to interview any of the honorees, please contact Jon Chattman at asidesmusic@gmail.com.