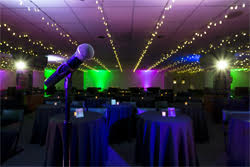 Before hitting the Big Apple, comedic talent bring their laughs to Yonkers

Billed as one of Westchester’s hidden gems, Empire City Casino announced today its latest round-up of comedians bringing their arsenal of jokes to Yonkers just a few miles north of the New York City border.

Occurring two Wednesdays per month in the casino’s Good Time Room, Comedy Night features top tier talent who have had their own shows, appeared on the Late Night circuit, and who share their barrel of laughs across the country.  Empire City Casino is usually a stop for many comedians on their way to New York City, giving the public the chance to see their favorite jokesters before they hit the Big Apple and for a better bargain too.

Visitors who register as Empire Club Members, a free process taking less than two minutes, pay just $5 admission which includes a voucher for a free drink during the show.

“With over eight million visitors a year, Empire City Casino is one of the largest entertainment and gaming destinations in the northeast,” said Taryn Duffy, director of public affairs. “In addition to top-notch comedy, Empire City features a casino floor larger than most in Las Vegas, live entertainment, DJ’s and fantastic dining options for our customers to enjoy.”

Among the round-up of headlining talent through June includes:

Previous comedians who have roasted inside the casino’s doors include MTV’s “Girl Code” Star Jessimae Peluso, RC Smith who is known as one of the best warm-up comics in the business, Richie Byrne who is the current warm-up act for “The Dr. Oz Show” and others.

Doors for all shows open at 7 p.m. with opening acts on at 8 p.m.  Admission for non-Empire Club Members is $25.  For more information on Empire City Casino, Comedy Night and other events, please visit http://www.empirecitycasino.com.