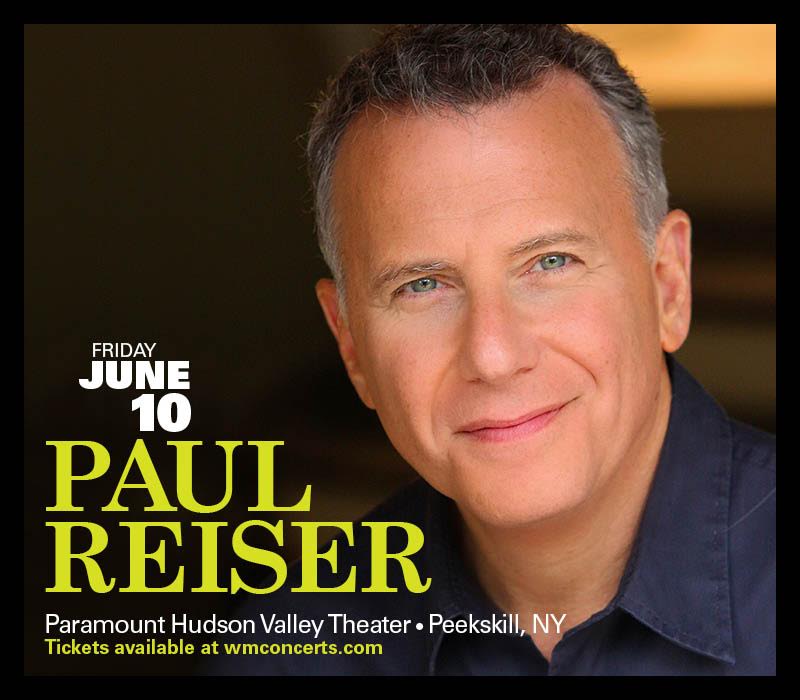 Star of the acclaimed NBC series “Mad About You,” Paul Reiser is back on TV in the Amazon series “Red Oaks,” which was just picked up for its second season. Join us on Friday night June 10th at the Paramount Hudson Valley Theater in Peekskill for a night of unmatched comedy! He’s got no fewer than five new films coming out now and has continued his stand-up tour throughout—very much in keeping with his listing as one of Comedy Central’s “Top 100 Comedians of All Time.” The stage actor, screenwriter, songwriter and book author is beloved for his film roles in Diner, Bye Bye Love, The Marrying Man, Aliens, One Night at McCools, and Beverly Hills Cop (“I” and “II”) has received multiple nominations for Emmy, Golden Globe, American Comedy and Screen Actors Guild awards.