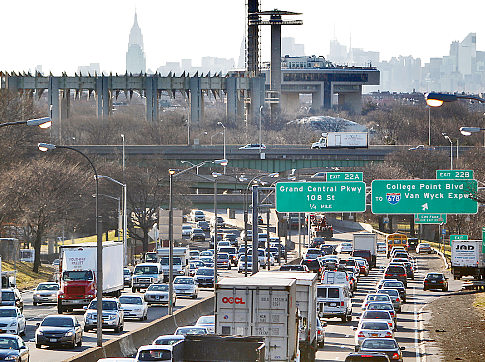 Aaaaahhhh…Summertime. Isn’t it fantastic! Long days, warm nights, vacation trips and school’s out. Traffic during the week is a breeze, however, traffic in and around the bridges and beaches on the weekends … not so much.

In my weekly, Saturday pilgrimage to Jones Beach with my other sun-worshiping friend, we leave early enough in the morning to avoid the rest of the planet also going to enjoy the surf, and we leave early enough in the afternoon to further avoid traffic. No such luck. What’s curious is why there is so much traffic coming FROM the beach so early in the day. We were tired of the congestion at one particular area after the toll on the Throgs Neck Bridge.

We thought we could beat the system and find a new way around the congestion. Unfortunately, we weren’t outsmarting anyone. The price in trying to save time was lost with the equally painful task of getting through city streets, lights and other slow moving vehicles, who were probably attempting the same goal.

In our quest to be patient (yeah, right!), we relied on the trusty GPS. We were amused by the consistent “recalculating” function because it seemed so polite. In an effort to pass the time, I was thinking, these GPS devices are soft. They really should practice being a bit more confrontational to make sure we don’t make the same mistake twice.

So, here are my Top 10 Things Your GPS Doesn’t Say but Should:

8. I guess you don’t mind being wrong?

6. You’re not even listening.

4. I think we got off on the wrong foot, I mean wheel. Let’s back up, figuratively speaking of course because otherwise you’ll make an even dumber move.

3. Let’s just pretend like I know what I’m doing.

Now, we return to our regularly scheduled programming.

Linda Rey was born and raised in Sleepy Hollow, New York (formerly North Tarrytown) and is a graduate of Pace University in Pleasantville, New York with a Business Administration degree.

Linda has worked in the insurance profession since 1985 where she began her career working in the family business, The Rey Insurance Agency, Inc. located in Sleepy Hollow. She’s followed in her father’s footsteps, Francisco J. Rey, CLU who began his insurance career 1965.