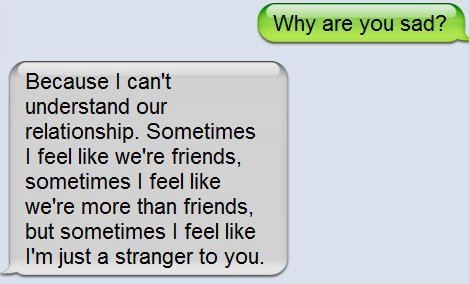 Considering everything that is required and all the ways it can go wrong, relationships are very challenging. It’s difficult to be in sync with somebody else, know when and when not to act, and do all this while managing your own emotions. Adding mixed signals to the concoction will test the skills of even the most experienced communicators.

The Psychological Explanation of Mixed Signals

So, why do people experience problems understanding each other?

One of the explanations is the so-called transparency illusion. It refers to the belief that someone’s actions are crystal clear to the entire world and people understand intentions. Very often, however, the intentions one person has come across as something completely different.

Since people assume that their motives are transparent and easy to understand, they don’t dedicate any time to getting the message across in a clear manner. The person receiving the message, on the other hand, will very often have little information about the intention behind. As a result, a certain course of action can be perceived in two very different ways by two individuals that are being engaged in poor communication.

At this point, you may be wondering what the most common types of mixed signals are. If you look back into your relationship history, you’ll certainly come up with your own examples. Still, here are some of the most common activities and behaviors that seem to be sending the wrong signals to the recipient:

Why are People Sending Mixed Signals?

This is one of the most difficult questions you’ll need to ask. Once you have the answer, you can figure out where the relationship is going and whether the two of you have a future together.

Some of the reasons are quite legitimate and they could be tied to fear, insecurity and very strong, turbulent feelings.

One of the common reasons why people are sending mixed signals is that they genuinely don’t know what they want. A woman may be passionate about you, yet worried about the way in which you’ll perceive a more aggressive approach. Instinctively, she may want you but when it comes to thinking rationally, she may be a bit more reserved.

Fear of commitment is another common cause. This problem actually happens to be much more common than the other causes of mixed signals. People have been hurt in the past, which is why they’re often afraid to open up.

Finally, it’s also possible for someone that was interested a few days ago to have lost that interest meanwhile. Because the person is afraid of saying it openly, mixed signals will be the most common outcome of every single interaction.

So, what can you do to improve the communication if the other person is sending you mixed signals? The right approach will be of uttermost importance:

Effective communication is all about openness. If you’re misunderstanding something – ask questions. Be curious, be open and willing to learn more about the other person. A relationship that isn’t working because of someone who’s uncertain or simply not that committed should never drag on for too long. Give the other person a fair chance but don’t forget to keep your own best interest in mind.

Dr. Syras Derksen, operates a private practice and consults for the Couples Clinic (www.winnipegcouplesclinic.ca). He is also a weekly guest on CJOB, a Winnipeg radio station, talking about relationships.