The benefits of owning a dog are endless. Studies show that dog owners are fitter, have fewer health problems, and are less likely to suffer from depression. And, these are all proven – they aren’t perceived perks that animal-mad people spout out without any evidence.

However, it isn’t always the advantages that you can see that you should focus on. With canines, it’s the stuff that goes on subconsciously that you don’t realize making you a better person. That’s the true power of pooches. How do you know that they exist if you can’t see or feel them? It’s because researchers have taken matters into their hands!

So, if you’re thinking about getting a companion but are on the fence, or if you ever have doubts about being a dog mommy, you should remember the following. Here are the weird and wonderful ways that canines take care of their owners which you aren’t aware of.

Exercising more often and leading an active lifestyle are all pros of pet ownership, but a dog changing your diet is taking it a bit too far. They can’t speak and warn you about the perils of eating junk food! Yes, your dog won’t shame you into consuming fewer calories and taking in nutrients from healthy sources, such as fish. Instead, they do it via their diet.

Currently, there is a trend among dog owners to ensure everything they eat is organic and natural. Gone are the days when pets ate anything that came out of a can. You want your doggy to lead a long life because he or she is a part of the family. Losing them would be a killer, especially when it’s needless. As a result of taking this amount of care with your dog’s diet, you’re more likely to do it yourself. In short, your pet’s routine permeates into yours and your family’s.

Research suggests that this is the reason why dog owners tend to live longer and have low cholesterol levels. It’s not all about walking, it seems.

Ask someone how a dog alerts you to an intruder and the common answer is that they will bark and raise the alarm. And, this is true to a degree. Hopefully, once your pooch hears a noise that’s unfamiliar, they’ll start barking at the top of their lungs. However, there’s more to it than breaking and entering. Apparently, canines are primed to hear sounds on a supernatural level.

According to Bustle, the fact that dogs can hear frequencies higher than 64 hertz means they register ranges beyond a normal person’s capacity. Going further, the post says that this may allow them to hear ghostly footsteps in the night. Not to freak you out, but your dog could alert you to an intruder who isn’t human!

You may be a believer or not, but the point remains the same – a canine’s hearing is pretty flawless. Therefore, whether it’s protection against the supernatural or an opportunist thief, your pet will stand guard.

You will leave the medical diagnoses to a qualified medical expert, and you should because they have the knowledge. Still, your dog may make you aware of issues under the hood before you realize there is a problem. Yes, pooches can smell diseases such as cancer.

It’s down to the olfactory system that gives them the power to smell in parts per trillion. Therefore, illnesses are more easily detected by their nose, and they’ll let you know in advance. Although dogs will never replace high-end technology such as MRI scans, they are used in medicine around the world. Don’t worry, though, because it isn’t always bad news. Dogs will also smell pregnancies, so you could well be celebrating if your pet is overly concerned with your belly.

Regardless, now that you know the true power of their nose, it is worth scheduling a checkup for your peace of mind. 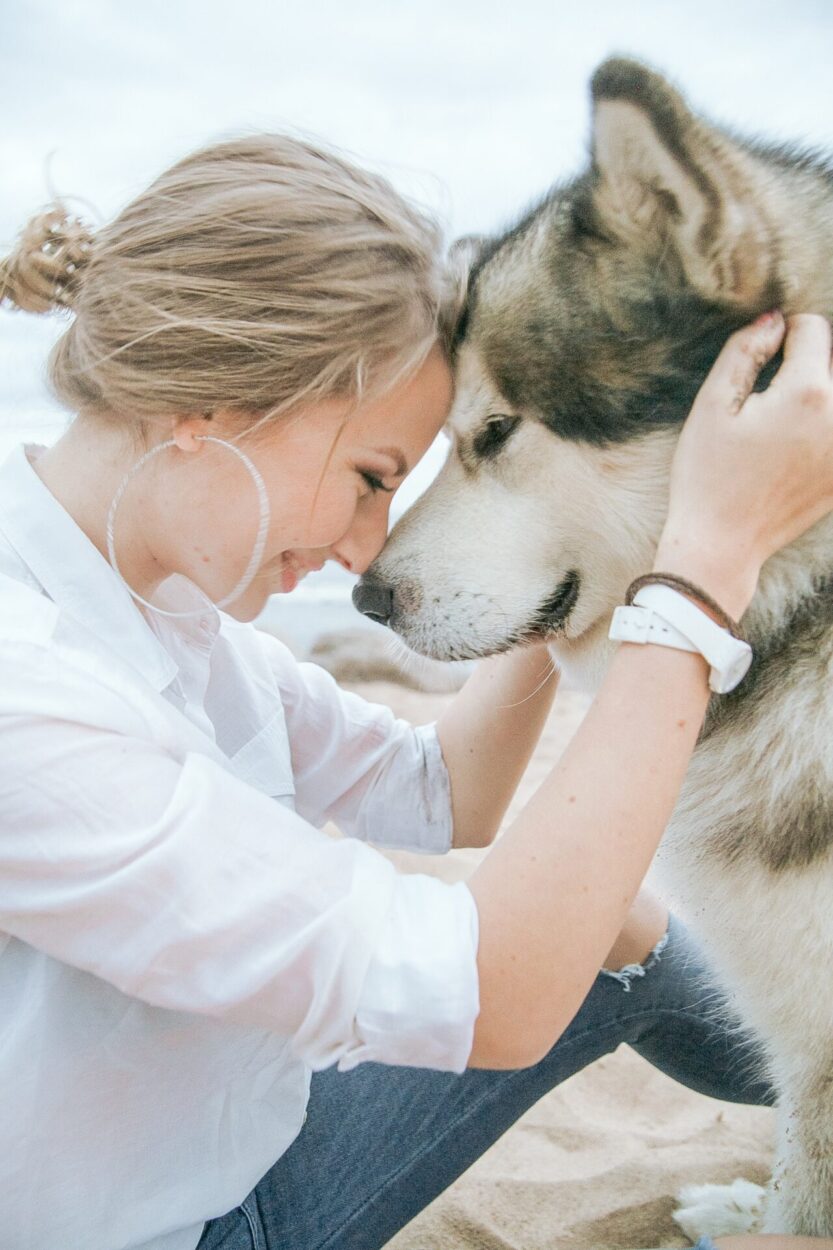 Addictions are compulsions that are almost impossible to ignore. For the most part, somebody will suffer from a problem that centers around drugs. Alcohol is about as common an addiction as there is as millions of people around the world are unable to shake the habit.

Whether it’s drugs, food, or even sex, your pet may be to help you in more ways than you understand. Evidence shows that their ability to love unconditionally makes them an excellent partner for recovering patients. Accepting an addiction can lead to negative emotions, yet a pet will be there and love you nonetheless. Today, a pet-friendly sober living facility is by no means an anomaly. Institutions in the US and around the world incorporate animals into their treatments for the sake of recovery.

Merely knowing that you aren’t alone and have a friend no matter what is enough to help you or a loved one see the light at the end of the tunnel.

You don’t have to be a socialite to lead a fulfilling social life. Firstly, your dog puts you in situations that you otherwise wouldn’t bother with because there is no need. Truthfully, people today would rather exercise or get some fresh air without speaking to a single soul. Pooches encourage their owners to mingle, however, and who knows where the relationship will go?

Also, don’t forget about the endless amount of people who can’t resist a stroke in a park, bar, or on the street. Dogs are magnets for social activity! There is more. Pets are very perceptive and can see traits that you may not know exist. Dogs, for instance, are excellent at spotting people who aren’t generous. Owners who can put two and two together will be able to change their behavior to be less abrasive.

The power of pets is greater than even owners comprehend. Everything from your social life to your diet and long-term wellbeing is aided by being a dog Mom.

If these aren’t reasons to be a dog owner, what are?