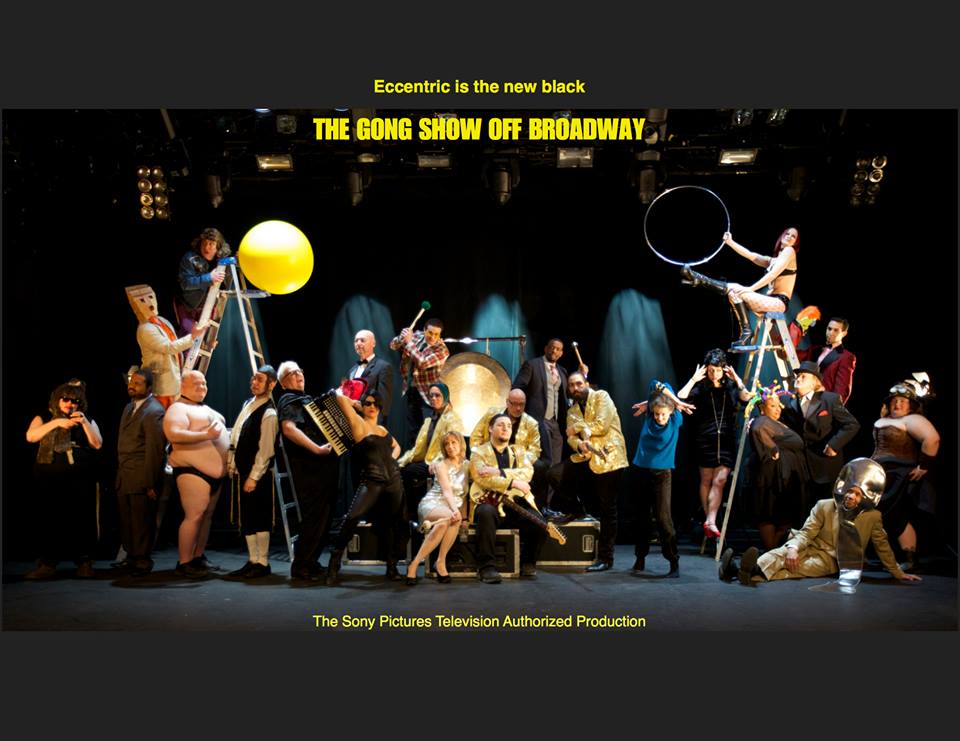 The first event this season in the Harvey Presents series is the critically-acclaimed The Gong Show Off Broadway. The cast from the off –Broadway hit takes the stage in the Lasdon Theater in The Harvey School’s Walker Center for the Arts, Dec.6 at 7 p.m..

The smash NYC show comes to Westchester for a one night extravaganza! The critically acclaimed Gong Show Off Broadway has been reimagined, recreated and redirected for the off-Broadway stage. Enjoy a mind-blowing cast from SNL, The Voice, America’s Got Talent, Comedy Central, Conan, Letterman and Fallon, staring comedians Ray Ellin, Chuck Nice, The Radiochick and Mike Fine. See the how hearlded ad “Jaw-dropping hilarious” and “One of the 10 must-see shows in NYC” by critics and audiences alike.

The Gong Show Off Broadway is a “don’t miss” event presented in the intimate setting of the Lasdon Theater where the audience will sit just a few feet away from the likes of Gene, Gene the Dancing Machine and the Unknown Convict.

Tickets are $50. Seating is limited. Visit www.harveyschool.org and click on “Gong Show” to purchase tickets for a show heralded as “Jaw-droppingly hilarious” and “One of the 10 must-see shows in NYC” by critics and audiences alike.