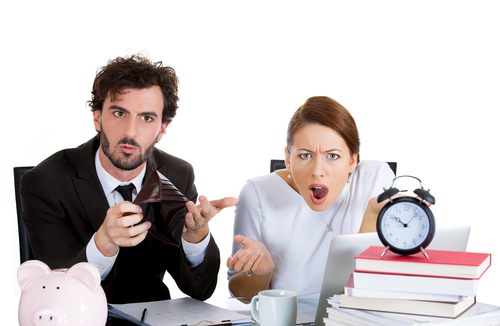 You don’t get a prenuptial agreement
A prenup offers a chance to state which assets will be shared between spouses and which will be separate, says Jacqueline Newman, a family law attorney in New York City. That means that you two – and not the laws of your state – determine how your assets will be divvied up if things in the relationship don’t work out (yes, we know it’s unromantic to think about the prospect of another divorce when you’re just getting remarried, but it’s a reality couples must unfortunately have to prepare for).
You keep your financial cards too close to the chest
It’s understandable to want to be protective of your finances after you’ve been divorced. But whether you decide to merge finances with your new partner, you still owe it to one another to lay all your cards on the table – debt, assets, baby mama drama, whatever. If it has the potential to impact your new family’s finances in any way, it should be out in the open.
You try to make old financial strategies work in a new relationship
It’s shortsighted to expect your new spouse to go along with whatever budgeting or spending styles you used in your past relationship. Whether you want separate accounts, joint accounts, or a hybrid system (the “yours, mine, ours” strategy), it’s important to figure out a plan for how you’ll manage your new family’s finances.
You continue to actively manage your investments
For clients who actively manage their investment accounts, Newman has one piece of advice for when they remarry: stop trading, immediately. That’s because any actively managed appreciation that accumulates on investments can be considered marital property, which means your spouse could wind up with a big chunk of it — that is, if you were to later divorce. Newman sees this mistake most often among individuals who retire and decide to start playing around with their investments.
.
STORY LINK: http://finance.yahoo.com/news/5-mistakes-people-make-when-they-remarry-152317027.html
Jacqueline Newman is a Family Law Attorney & Managing Partner at Berkman Bottger Newman & Rodd in NYC. Ms. Newman’s practice consists of litigation, collaborative law and mediation. Jacqueline specializes in complex high net worth matrimonial cases and negotiating prenuptial agreements. She has appeared as a commentator on various television shows and has been quoted as an expert in numerous publications, including Glamour Magazine, Crain’s New York Business, U.S. News and World Report, Woman’s Day and The Huffington Post.