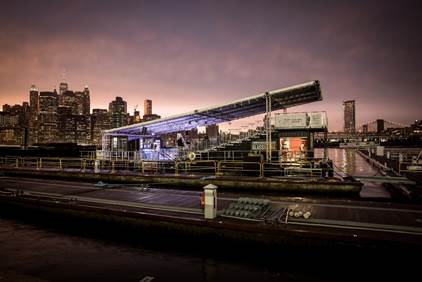 The GlassBarge tour commemorates the 150th anniversary of the Brooklyn Flint Glass Company—now known as Corning Incorporated—relocating via the New York Waterways by canal barge to Corning, which would become a center for important artistic and technological innovations in glass. In addition to sharing the story of glassmaking in Corning, the recreation of the 1868 voyage emphasizes the continued role of New York’s waterways in shaping the state’s industry, culture, and community. GlassBarge is the 2018 signature event for the statewide celebration of the Erie Canal Bicentennial (2017-2025). A flotilla of historic ships from the collections of the South Street Seaport Museum and Lake Champlain Maritime Museum will accompany GlassBarge throughout its journey.

For more information, including the full summer schedule and images, visit www.cmog.org/GlassBarge.