1 in 7 surveyed said they’d considered divorce because of questionable social media activity by their spouse. 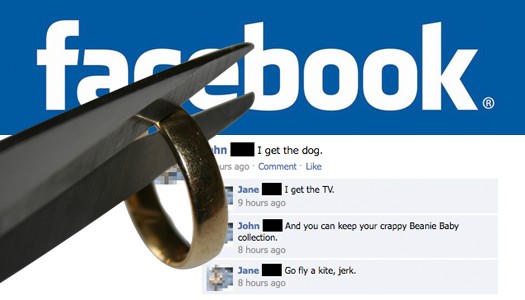 One in seven people said they’d considered divorce because of their spouses’ questionable activity on Facebook, Skype, Snapchat, Twitter or What’sApp, a recent survey of 2,000 married Brits found.

Almost a quarter of those polled by the law firm Slater and Gordon said they had at least one argument a week related to social media use, with 17 percent admitting they fought about it every day. (Those numbers are high, but in all honesty, there’s endless fodder for arguments with this: “Was it really necessary to friend request an ex-girlfriend from freshmen year?” “We saw ‘Taken 3’ together — why’d you just check yourself in at AMC?”)

Also interesting to note: Fifty-eight percent of those polled said they knew their partner’s passwords, even if their spouse was unaware of it.

Meanwhile, back here in the states, divorce attorneys agree that social media has increasingly played a part in marriage breakdowns. In 2010, 81 percent of divorce attorneys surveyed by the American Academy of Matrimonial Lawyers said they’d seen an increase in the number of cases using social networking evidence in the five years prior. The attorneys said Facebook was the number one source for finding online evidence, with 66 percent admitting they’d found evidence by combing the site.

According to the American Academy of Matrimonial Lawyers, more than 80 percent of divorce attorneys have seen a significant increase in cases involving social media.