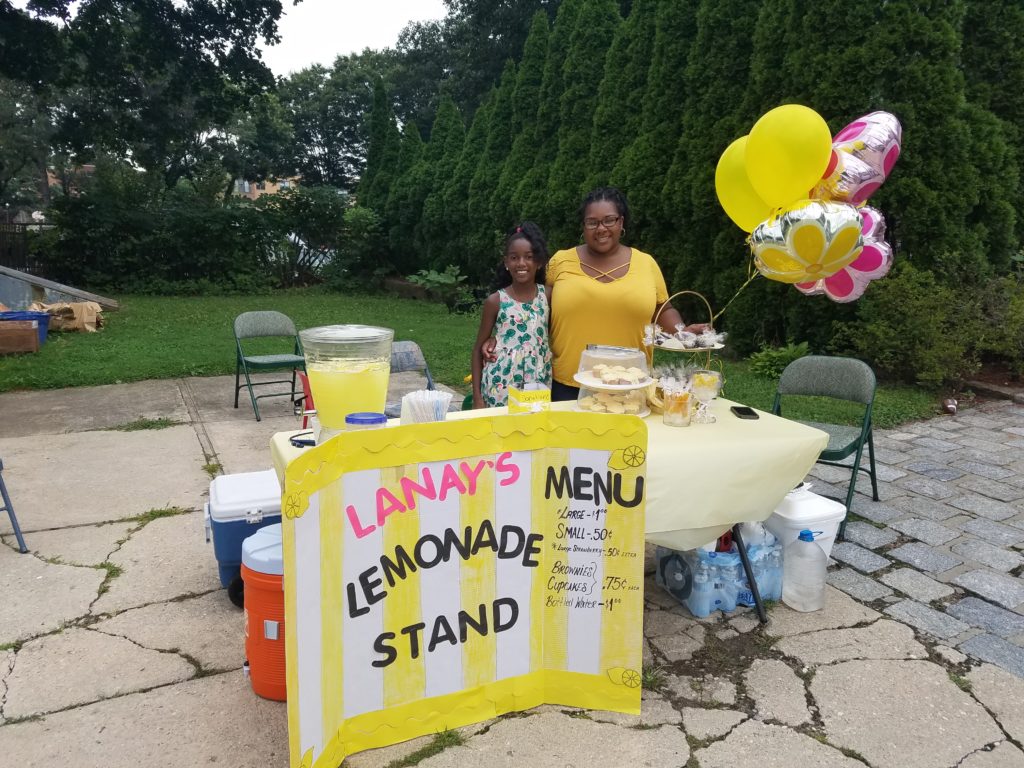 Lanay Lattimore a local 10 year old girl wants to join the Tuckahoe cheerleading squad. She knows mom her parents really can’t afford the fee this year, so she ask to raise the money herself by hosting a lemonade stand.

As her mother I’m super proud and of course I want to help in any way I can. I post the event on Facebook to invite family and friends I also reach out to the local “Mom pages” and post the event. Lanay works hard on all of the decorations and making fresh lemonade and baking treats for her stand,on her big day her family helps with setup.

She’s excited she’s doing really well selling lemonade and is getting good community involvement.
Towards the end of her selling day she gets a surprise customer, David Pope from the Generosity Pope Foundation comes and buys a cup of lemonade. The Tuckahoe Cheerleading squad is sponsored through the Generosity Pope Foundation which is headed by Mr.Pope. Apparently several of the parents from the local moms page had sent him the event info and he was moved by Lanay’s entrepreneurial spirit, so he came to show his support. Mr. Pope had a few surprises in store, he told her that he had a deal for her, he would pay for everything she needed to participate in cheer leading this year, as long as she gave 100% effort on the team. Of course she agreed and was excited. But Mr.Pope wasn’t done, because he was covering all her cost for cheer, he told her any money she made off of the lemonade stand he would match and donated to any Charity she chooses.
As her mom I was so surprised and touched and taken aback by the generosity of not only Mr. David Pope but of the whole Tuckahoe community because it was the moms who actually reached out and thought to even contact him. We were so inspired and encouraged that we decided to come out the next day and sell lemonade also. Lanay wanted to make sure she raised as much money as she could so she could give back. All her hard work paid off because she raised over $500 . Lanay has decided to donate books to the Westchester Medical center children’s hospital Library. She will be purchasing the books herself from Barnes & Noble in Eastchester .