You don’t need us to tell you the many benefits of regular exercise. The list is endless and well-known. The issue isn’t knowing the benefits of working up a sweat: it’s actually doing it. Most people have exercised at some point in their life, but it’s easy to get out of the habit. And when that happens, it can be difficult to restart — even more difficult than starting for the first time, since you know how challenging it can be. There are things you can do that’ll make it easier for yourself, however. In this blog, we’re going to take a look at a few tips that’ll make it more straightforward. 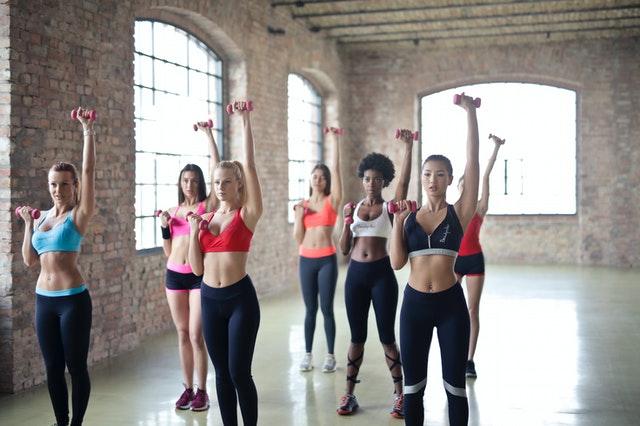 Commit to a Time

If you have a vague idea of restarting exercise, then yeah, it’s unlikely that you’ll ever actually get around to it. It’ll just become one of those things that you say you’ll do, but never actually get around to. That’s why it’s important to commit to a time. If you block out set hours during the week for exercise, then you’ll end up doing it. If someone asks you to do something during those hours, you’ll have to say “no, I’m busy.”

When you’re trying to restart exercise, it’s important to keep things simple. If you have plans that are overly grand, then you’ll be much more likely to break your plan. For example, let’s say that you’ve decided to join a gym. You might be tempted to pick one that has all the activities under the sun or one that’s really cheap — but if the gym is located an hour away from your home, how regularly are you going to visit, really? It’d be better to pick a gym that’s five minutes from your home, even if it’s not quite as good, because you’ll have no problem visiting multiple times a week.

You’ll find it much easier to begin living an active lifestyle if you have the right clothing in your wardrobe. While it might not sound like the most important aspect of exercise, it is true that clothing can make a big difference to your comfort levels, and that’ll impact how long you work up a sweat for. So take a look at investing in some high-quality sportswear, such as running shoes and sport shorts and tops. Aside from being more comfortable, you’ll find that just pulling on your new items puts you in the right frame of mind to workout. Also, be sure to take good care of your items once you’ve made the investment. It becomes a lot less appealing to pull on your workout clothes if they’re beginning to look a little grimy.

One of the reasons why people don’t do as much exercise as they would like is that they’re just not all that enthused about spending time in the gym. And you could understand why: the gym can be a little boring, at least for a beginner. But it’s important to remember that there’s more to exercise than the gym. There are many, many options available that’ll have you on the path towards a healthy body and mind. Take a look at the options available, try a few, and see which ones you’re naturally drawn towards. While it’s true that the gym is the most effective exercise, keep in mind that it’s better to do an activity you love multiple times a week than to only visit the gym once a fortnight.

While it’s just fine to restart exercise just for the fun of it, or because you think it’s the right thing to do, you’ll find that it’s easier to make a long-term commitment to the activity if you’re working towards something. Your enthusiasm will only take you so far. Once that fades, you might find that you’re no longer as interested as you once were. However, if you know you’re trying to reach a goal, then you’ll be more inclined to power through the dip in interest. It doesn’t matter what the goal is, so long as it’s something achievable.

Everything’s better with friends! If you’re trying to make exercise fun, then consider roping in a few friends to join you. This works on multiple levels. First, as we said, it’s more fun. Second, your friends will be a motivating factor that keeps you on the right path when you want to give up. They’ll inspire you to do your best.