Learning the guitar is something that you need to start in childhood and practice for many years if you want to be any good at it – or so the story goes. However, science has a different opinion. It turns out that if you follow certain tips and tricks, you can actually accelerate your progress. In some cases, you may be able to get to pro-level after just a couple of months.

So what should you be doing? Let’s find out.

Practice In A Positive Environment

Randomly strumming your guitar will help you progress a little bit. But if you really want to make leaps and bounds in skill level, then you’ll need to rig your environment to support you.

Make sure, for instance, that you practice the guitar in daylight. Also, ensure that there aren’t any other noises in the room, particularly the TV or radio. Furthermore, consider adding plants to your practice room, since these tend to relax people, regardless of age, and make their brains function better, especially with lessons online.

Practice At The Right Time Of Day

Science is currently very interested in the idea that people have a certain “chronotype.” This is the notion that they function better at certain times of the day than others. Some individuals are morning birds and work best during the first few hours of the day. Others are night owls, meaning that their brains are more active at night.

It’s critical, therefore, to know your chronotype and practice at the right time. Most students do best practicing twice per day – once in the morning, and once in the evening. These tend to be the times when the brain is the most active and capable of learning.

You don’t have to do any formal exams, but it does help to test yourself regularly to see if you are progressing. For instance, you could set up your metronome to play at a certain tempo and then see if you can keep pace with the riff. You can then increase the tempo and see whether you are able to play faster.

You can also test your ability to multitask. For instance, can you use a MIDI foot controller while you are strumming? Combining actions is a great way to accelerate your progress.

Playing the guitar releases the neurotransmitter dopamine, particularly when you start to make good music. This becomes a reward in and of itself, encouraging you to practice more.

Take advantage of this sensation. Once you begin to experience it, it will become easier to make guitar practice a part of your daily routine.

Sleep is good for our bodies in general. But it is also critical for learning to play the guitar. It turns out that the earlier we can sleep (and the longer we rest), the more time our brains have to create new patterns after practice. Thus, staying up late to practice is actually counterproductive.

Experts recommend learning to play the guitar in short, ten-minute bursts. Regularly stimulate your brain throughout the day and then give it time to rest, relax and consolidate. When you do nothing, the brain will naturally create new networks, accelerating your progress. The more frequently you can put it into consolidation mode, the faster your learning will progress.

If you are struggling to get to sleep, try to adhere to a sleep schedule. Train your body to rest at certain times of the day and be active during others. Furthermore, try to avoid listening to loud noises or being around bright lights for two hours before you go to bed. Too much stimulation can encourage your body to become more active, leading to poor-quality sleep.

We typically think of meditation as a technique for controlling anxiety and negative emotions. However, it is something that practically all major pop and rock stars do before a concert. Why? Because they found that it made them more creative and relaxed. In other words, it totally changed their lives.

Meditation seems to work in a couple of ways. First, it seems like it puts the mind in a relaxed state. When the brain comes out of fight or flight mode, creativity becomes possible. It is able to dedicate more energy to artistic pursuits instead of worrying all the time about where the next threat is coming from.

The second is that meditation helps to make music more spiritual. People can connect better with their inner core and really feel what they are playing, helping them create beautiful music for others.

As somebody learning to play guitar like a pro, you can tap into this state of being. The more spiritual you can make your music, the more people will comment on its authenticity. Furthermore, if you can avoid anxiety, you become less concerned about performing in front of family and friends. Instead, it becomes a natural thing for you – something that you feel confident about.

Train The Rest Of Your Body

In the West, we have a popular expression: “practice makes perfect.” But it turns out that it is just as important to cultivate your body. Exercising creates fertile ground for future progress.

You’ll notice that many music stalwarts – people in their sixties and seventies – lead incredibly active lives. They don’t just sit in a room all day, strumming their guitars. Instead, they exercise.

Take Mick Jagger, for instance. He still runs around on stage like a maniac, even though many people his age would have given up on that level of activity a long time ago. What’s more, it shows in his music. He’s able to do many of the same things that he could do when he was younger, while many of his contemporaries simply can’t. 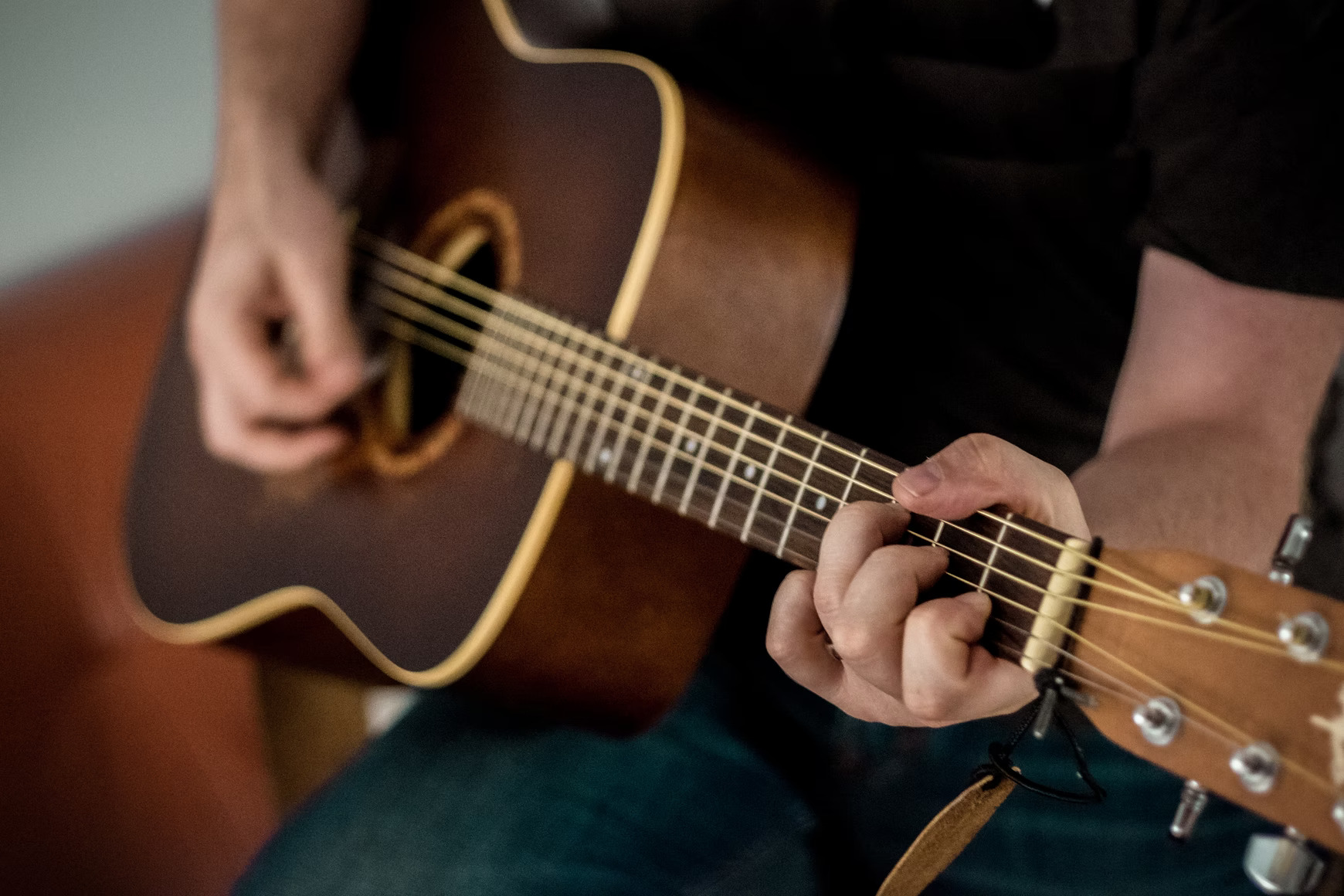 Many guitarists believe that the key to success is to just play. But, as with anything difficult in life, you need a purpose driving you. If you don’t have one, then it can make it incredibly difficult to keep jamming away for weeks and months on end.

Think carefully about what you want to learn the guitar for. Perhaps it is so that you can play at a local organization, or maybe it is because you want to play the music that you write. Perhaps you’re a part of the band and you don’t want to let the other members down. Whatever it is, make it your driving force. If you don’t have something to motivate you, eventually you’ll stop playing and the opportunity to become a pro guitarist will pass you by.

Don’t Compare Yourself To YouTubers

Generally in life, you want to focus on what you can do, not on what other people are doing. If you compare yourself to YouTube professionals, it’ll make you want to give up. These are often people who have been learning guitar for many years and have thousands of hours under their belts. You’re not going to be like them straight away.

Avoid this by going to a regular in-person music teacher. Progress naturally, like the YouTubers themselves did when they first began.

Lastly, surprising as it may sound, chewing gum may also help to make your guitar playing better. Researchers believe that positively stimulating the olfactory senses with pleasant smells increases the ability to concentrate and improves brain blood flow. This, in turn, helps create new neural patterns associated with guitar practice.

According to studies, it also works with other smells too. The smell of potpourri or mulled wine may also help.