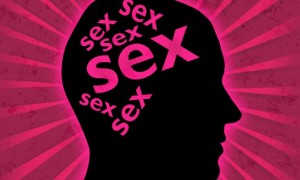 Are men really as obsessed with sex as we’ve been led to believe?  Do women like to make the first move under the sheets?  Societal labeling says one thing, but what’s the real truth when it comes to men and women?    With more than 15 years in private practice as a clinical hypnotherapist helping his patients overcome all kinds of personal obstacles and challenges, Colin Christopher’s patients have confided all sorts of deep dark secrets about their wants and desires.

The biggest lesson he’s learned: don’t buy into how men and women have been pigeonholed into certain roles.  In fact, he says much of what we’ve been led to believe about the sexes is the polar opposite of reality.

We’ve all seen the following scenario on TV: A man and woman are in bed, and when one tries to get the romance going, the other says, “not tonight.”  The media and other societal influences have manipulated us to believe the man is pushing for sex and the woman isn’t interested.

In real life, however, it doesn’t always play out like this.  In fact, many of the traditional stereotypes about gender and sex aren’t as true as we’ve been led to believe. In many cases, they are often the polar opposite.   Patients confided in me their deepest and darkest secrets about their wants and desires over the last 15 years, and it’s opened my eyes to the fact that gender does not necessarily define how people lead their lives.

In general, men are thought of as macho, uncaring and dominant when it comes to relationships. Even when they are in a loving relationship, many feel like they have to live up to this image, no matter how miserable it may make them. Most men aren’t the tough guys they pretend to be.   Far from being oblivious to the opinion of their significant other, men love to hear compliments and will feel an emotional disconnect when they don’t get complimented or praised often. Everyone likes to hear that they are hot and sexy! Now, that doesn’t mean men only have one thing on their mind.

Almost everyone loves sex, and sex drives vary from person to person, but many men have admitted that they actually don’t like to have sex every day, or as often as is typically portrayed as the average amount for men.   Men are also a little more diverse when it comes to décor and their places in the family structure. Despite the idea that most men would be happy in a cinderblock room with a La-Z-boy, television and an animal head on the wall, many secretly like their homes to look nice. Many men have admitted that they like it when they or their spouse will decorate the house, even when it looks more “feminine.” Admittedly, many will “blame” the look on the wife, but don’t buy that for a second.

Lastly, while men like to provide for their family, many have admitted that they find it sexy when their spouse earns more money than they do.

Women have their own stereotypes that are just as easily busted with a little investigation. In the bedroom, it’s true that women like to have men make the first move sometimes, but they want their turn, too! Women find it sexy when they can take control and put the moves on him once in a while. They can get frustrated if the man is overly dominant and they don’t get their chance to be in the driver’s seat here and there.   Some things that women love in men are honesty and initiative. You’d be hard pressed to find a woman who doesn’t love a compliment, but they value the truth even more.

Women would rather get an honest opinion from their spouse about their outfit, even if it’s not flattering. To tell her the truth says a lot about who he is to her. He’ll tell her how it is instead of letting her go out looking less than her best. It’s a sign that he cares. She notices those things.   It should be no surprise that women love a man who will clean and do laundry, but what you might not know is that she appreciates it even if the man does a terrible job and messes things up.It shows that he has some initiative and is willing to try. If he doesn’t get it quite right, well, nobody’s perfect, but the effort says something.

Despite the endless complaining about him not getting help or asking for directions, she secretly finds it sexy that he will stick to his guns because it shows confidence. It can be extremely frustrating, but she’s giggling and smiling inside. Don’t push your luck though!   Overall, what I have learned over the years is that everyone is unique, and everyone is human. We are not pressed from the same mold and everyone has their own wants and desires no matter what gender they happen to be. At the same time, we all have common feelings about things that bridge the gender gap. If you’re frustrated with your mate, try not to think about the differences in terms of men and women, but in terms of people as equals, and you’ve come that much further across the divide.

Colin Christopher is clinical hypnotherapist certified by the American Council of Hypnotist Examiners, and author of Success Through Manipulation: Subconscious Reactions That Will Make or Break You.  www.colinchristopher.com and www.stmbook.com