If only my life was as good as it looks on facebook….

Digital Depression: Your Facebook friends’ fabulous lives can leave you down 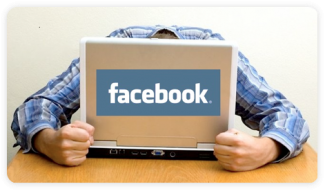 (USA TODAY)
Liking other people’s status updates and photos on Facebook could make you like yourself less.That’s the conclusion of a new study that claims spending a lot of time on the social network comparing your life to your friends’ lives is linked with “depressive symptoms.”

The study from University of Houston researcher Mai-Ly Steers is titled “Seeing Everyone Else’s Highlight Reels: How Facebook Usage is Linked to Depressive Symptoms.” It was published in the Journal of Social and Clinical Psychology. It measured the Facebook usage, depressive symptoms and the tendency of Facebook users to compare themselves with others.

Steers, a doctoral candidate in social psychology, isn’t saying Facebook use causes depression. But she says her study offers evidence that comparing themselves to friends on Facebook can undermine users’ well-being.

“Facebook often gives us information about our friends that we are not normally privy to, which gives us even more opportunities to socially compare,” Steers said. “You can’t really control the impulse to compare because you never know what your friends are going to post. In addition, most of our Facebook friends tend to post about the good things that occur in their lives, while leaving out the bad. If we’re comparing ourselves to our friends’ highlight reels, this may lead us to think their lives are better than they actually are and conversely, make us feel worse about our own lives.”