For the 16th year, Sue Harmon will join the American Cancer Society’s Making Strides Against Breast Cancer walk. This year’s walk is on Sunday, October 19, 2014 at Manhattanville College and Harmon will walk with her team, TEAM SUE HARMON. Why do she take on such a huge commitment and campaign each year? Because she am a two-time survivor, and she CAN!

Born, raised and employed in Westchester County, Harmon’s roots and commitment to community run deep. Her initial breast cancer diagnosis was in December 1998. Her daughter Molly was only six months old and Kathryn was three. At only 32 years old  Sue and her husband   had no idea how we could manage a cancer diagnosis. At the time,their focus was on raising their two daughters and managing their careers. There was no room for cancer.  But they persevered, thanks to our loving family, friends, neighbors, colleagues, and local community. Unfortunately, Harmon had to fight the cancer beast again when it returned ten years later.

“I am very fortunate to have had such an incredible team of local medical professionals to manage my treatment through the years. I continue to share my story and offer support to those who have also faced a cancer diagnosis. Like many of you, I have lost too many friends and family members to the ugly, cancer beast and we all know too many who are fighting for their lives right now. For the last 16 years, I have raised awareness and funds for the American Cancer Society in honor and in thanks for all who have supported our family through both of my diagnoses.  The donations raised through my annual Making Strides Against Breast Cancer campaign support the work of the American Cancer Society. The donations go directly to services, research, education and advocacy, on both local and national levels, and that is why I have chosen to support this organization. Our local community directly benefits from the funds raised by my annual campaign and no single nongovernmental, not-for-profit organization in the US has invested more than the American Cancer Society to find the causes of, and cures for cancer.”

I hope that you will be willing to join Sue Harmon in reaching her $1,000,000 goal by making a tax-deductible donation to her 16th annual Making Strides Against Breast Cancer campaign! 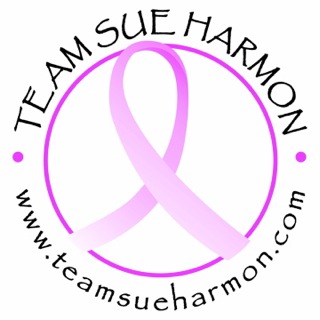 Sue Harmon was born and raised in Westchester, and has lived in Pleasantville for twenty-two years. She is a 3rd grade teacher at Hackley School in Tarrytown and an active community member. A two-time breast cancer survivor, Sue was first diagnosed when she was 32 years old and again at 42. She is now six years out from her second breast cancer diagnosis. For the last 16 years, Sue has been raising awareness and funds for the American Cancer Society. Each year, the American Cancer Society has recognized and awarded Sue for being a top individual and team fundraiser in the nation. She has worked tirelessly towards the ACS’s mission in raising awareness, supporting education, providing patient services and supporting advocacy. Sue has served on the ACS’s Board of Advisors, chaired various fundraising events, appeared in PSAs, written blogs, manages a web site, and has been interviewed on local and regional Television. Her story has been published in newspapers and appeared in TIME Magazine.

About the American Cancer Society

The American Cancer Society is a nationwide, community-based voluntary health organization dedicated to eliminating cancer as a major health problem. Headquartered in Atlanta, Georgia, the ACS has regional and local offices throughout the country that support 11 geographical Divisions and ensure we have a presence in every community. For information you can find the ACS at www.cancer.org or call (800) 227-2345

About the Making Strides Against Breast Cancer walk: