Unknowingly, many women give out signals that allow men to read their intentions easily. This study is an eye-opener for all those women interested in discovering a man’s intentions. Women have made common mistakes that can easily ruin their chances of having a successful relationship and dating them. Fortunately, there are ways to recognize these signals and use a man’s interest in your favor. Here are the tips that will help you understand any man’s intentions.

1) His Body Language Says It All

If the man in question keeps his body close to yours while having a conversation, it means that he is interested in getting closer to you physically as well. Even if he does not make any advances on you, there are high chances of having a relationship with him soon. If he leans over toward you or keeps an arm around your shoulder during casual conversations, there could be more than just friendship between both of you. At this moment, you can ask him what his intentions are without scaring him. Even if the man has never said anything about being interested in having a long-term relationship, his answer will give you a clear idea of his actual intentions.

2) If a Man Likes You, He Will Act Differently

If you notice a man looking at you and talking to others while keeping an eye on you, he is most likely interested in having a relationship with you. Also, if he keeps his distance from other women by not flirting or paying attention to them, this will help you infer that he is more interested in being with just yourself for now. Other signs of interest include staring into your eyes, smiling, making jokes or laughing at your comments, calling or texting frequently, and generally acting in an overexcited manner around you. Once the man has made his intentions clear, it becomes easy for women to understand whether he is interested in dating them or just having casual sex. 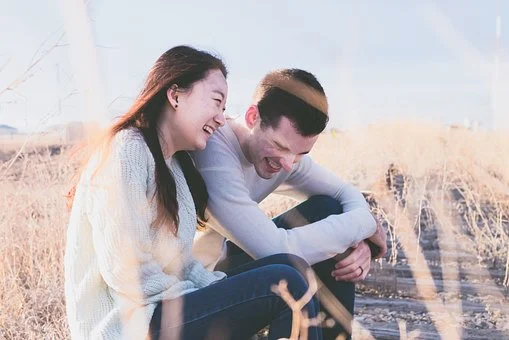 3) If He Keeps His Distance From You, There Could Be Issues

If you notice that the man in question does not maintain the same level of closeness when it comes to talking about personal matters and keeps his distance from you, it might be because there could be issues between both of you. This could be due to many reasons, including your past relationship status or bad experiences with previous women, which he might have gone through. So, don’t let this discourage you from trying again with him, as men are known for their possessiveness and can quickly get sensitive when it comes to relationships. When both parties slowly gain trust, the relationship starts improving drastically.

4) If He Stares At You, It Means He Likes What He Sees

If you notice the man staring at you more than necessary, it means that he is intrigued by your physical appearance or personality traits. This also shows that he might start liking you if allowed to know you better. Men are known for instant crushes, which fade away as quickly as they come about. So, please don’t ignore the signs of staring and admire him by smiling back, so he knows where his interests lie. But remember not to stare too much because this can be taken as a sign of desperation on your part.

If a man compliments you or pays attention to your looks or other physical features, it means that he is interested in knowing you at a deeper level. The compliments might be about your sense of style, grooming skills, beauty, and other unique qualities which set you apart from others. Usually, men do not pay enough attention to women’s physical features, but this does not apply to all men. If the man starts complimenting every little aspect of yours, there could be a chance of having a relationship with him soon. But make sure to notice if his compliments seem forced and insincere because this could ruin any possibilities of having a relationship with him in the future as well, even though he might have liked you at first.

6) Pay Attention To His Lifestyle Choices

If the man in question is spending more time with you and is willing to make adjustments in his lifestyle only to be with you, it means that he might be interested in having a serious relationship with you. Even though he might have been very elusive about relationships before, if he has started making changes just for your sake, it means that he has feelings for you at some level. At this point, all that one needs to do is test him by asking what his intentions are, clearly without beating around the bush. Then wait for his answer because this will reveal everything there is to know about the authenticity of your relationship status.

7) He Is More Than Willing To Make You Happy

If the man in question is more than willing to make sacrifices for your sake, it means that he’s genuinely interested in getting closer to you no matter what. If he is not just ready but does things around for himself because he wants you to be happy, there could be something between both of you. At this point, ask him where his intentions lie clearly and see if he gives a straight answer or tries to avoid the subject altogether. If his answers do not seem genuine enough, drop all thoughts about any future together and move on with life without letting him hurt you too much.

It can be challenging to determine if a man is interested in having a long-term relationship with you without asking him directly. But, there are sure signs which might help you understand if he is indeed interested in continuing any casual or serious relationship with you. All you have to do is observe his actions and take your time before jumping into anything because it might not be what both of you are looking for. So, these were some useful tips that will help you understand any man’s intentions without having to ask them, so go ahead and try them out next time you need an answer to this question about men wanting relationships.