Signup to Follow Stacy’s Blog!
Although men and women may cheat in different ways, this recent Victoria Milan study reveals that both sexes have plenty of things they need to do differently to avoid getting caught.Want to become James Bond (or Anna Chapman) among cheaters? Read up! 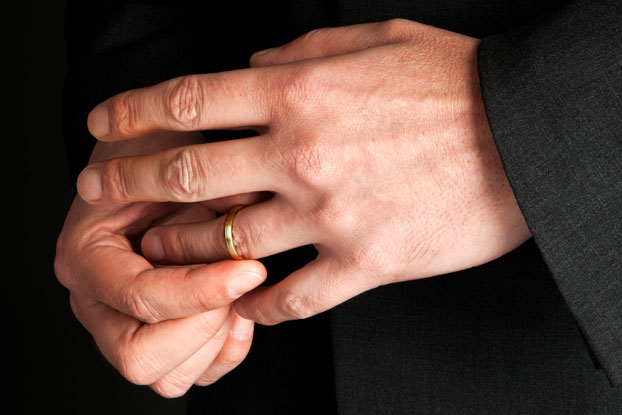 Conventional wisdom tells us that the behavour of male and female cheaters is usually quite different, and that it has always been easier to detect a cheating man than it has been to uncover the antics of his female counterpart. Extramarital dating site Victoria Milan has just released the results of their survey which asked 1650 male and 1260 female members of their site how to avoid getting caught having an affair. The idea was that this respondent group comprises a group of fairly experienced cheaters who would have some insight into the art of avoiding detection.

1. Refusing to answer normal, simple questions like where you have been, how work is going, or how you feel.

2. Behaving mysteriously and secretively with your smartphone.

4. Going out with friends more often and inventing reasons to avoid spending time at home.

5. Becoming more interested in looking good, going to the gym more, and/or being more concerned about fashion.

6. Showing extreme tenderness without sexual interest, and making excuses to avoid having sex.

7. Spending noticeable amounts of money for no real reason.

8. Caring less about things that really used to bother you a lot, for example, losing interest in problems within the relationship like lack of communication, the quality of the time spent together,etc.

10. Taking serious and immediate offense when anyone, especially your partner, accuses you of lying.

1. Being disproportionately excited and joyful.

2. Showing sarcasm and indifference towards the relationship.

3. Going out with friends more often or even making plans alone.

4. Losing your sexual appetite, and rejecting your partner.

5. Coming home late from work, and making it nearly impossible for your partner to contact you.

6. Showing a new and much greater interest in your appearance and in feeling attractive.

7. Sudden trend in concealing your feelings.

8. Your self-phone is now completely off limits for your partner.

9. Flirting with more men, even friends of your partner.

10. Loss of interest in your partner, and a resulting lack of affection.

Remember! Avoiding these mistakes will make you safer than James Bond during your affairs!