Emeril Lagasse and Spike Mendelsohn were among the renowned chefs and mixologists who gathered in Miami last night to participate in the first-ever “Art of Tiki: A Cocktail Showdown” competition at the Food Network & Cooking Channel’s South Beach Wine & Food Festival presented by FOOD & WINE. As the premiere sponsor of the Tiki-themed celebration, Captain Morgan’s new pineapple, coconut and grapefruit flavored rums took over South Beach with a taste of the tropics. 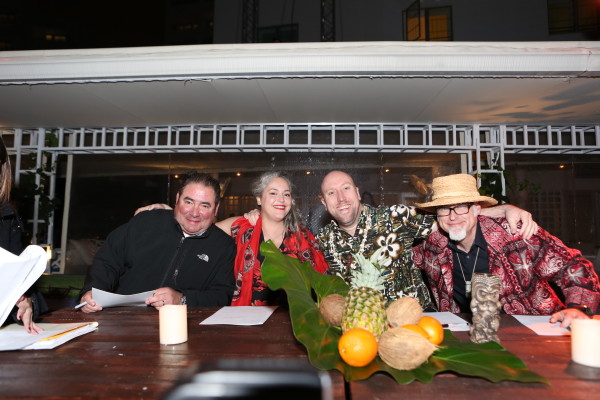 With a Polynesian flare, the event consisted of some of the best bartenders from highly regarded Tiki-inspired joints around the country competing to be crowned Tiki-King by the end of the night. An esteemed panel of judges evaluated the contestants’ rum-inspired concoctions, while guests sipped on the cocktails.