Six The Musical is coming to Broadway !!! The Six Wives Of Henry VIII Take To The Mic To Tell Their Tales In An Uplifting Musical.  It was a HUGE hit in Chicago  so it is going to take New York by storm.  The female cast are backed by an all-female band, the “Ladies in Waiting.” Songs from the studio album are streamed on average 300,000 times per day, making it the second highest streaming cast recording in the world. I have a limited number of Orchestra tickets for May 13th show at $280.  These tickets are going to go fast so email me to save your spot….

From Tudor Queens to Pop Princesses, Six the wives of Henry VIII take the mic to reclaim their identities out of the shadow of their infamous spouse—remixing five hundred years of historical heartbreak into an exuberant celebration of 21st century girl power. 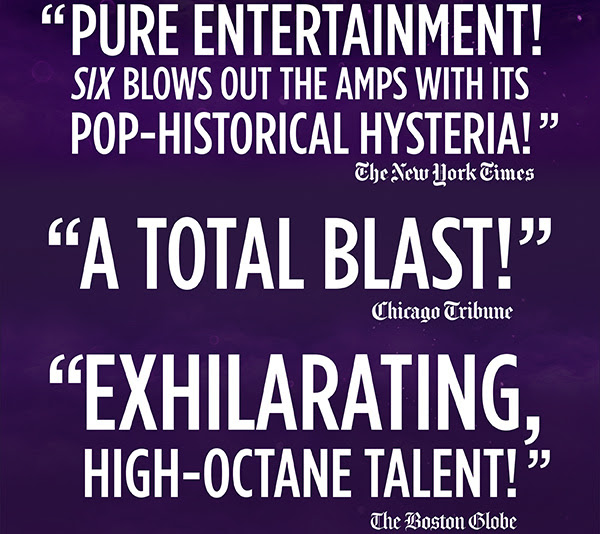