Traveling to the United States is, for many, a dream. The United States epitomizes freedom, it is the home of the idiom, ‘the American Dream’. It is the source of pop culture and the music of this generation.

The U.S.A is a diverse country that is over two thousand and seven hundred miles wide. The climate differs depending on the region and varies from scorching deserts to low-arctic tundra.

If you are planning a vacation to North America, then look no further than here, as this page will seek to tell you all of the best and most popular destinations in the U.S.A, and what they have to offer.

Florida is a beautiful state with rich wildlife and white-sand beaches as far as the eye can see. Instead of going somewhere else, for your next trip, see Florida. Florida is the southeasternmost state in the United States, with the Atlantic Ocean on one side, and the Gulf of Mexico on the other. It is perhaps best known for Miami, a city that is known for its vibrant nightlife and its rich and historic Latin-American culture. It is also known for Walt Disney World in Orlando.

There is a lot to do when traveling to Florida. Another very population destination is the Florida Keys, a huge coral cay archipelago home to rare species of birds and huge alligators. Many people choose to go fishing when visiting the Florida Keys, due to its wide array of marine life.

It is a very popular fishing destination, and one of the main reasons that people travel to the Keys every year. There are also parties that take place on the Keys respective islands that can be very wild and a lot of fun.

California is a state on the western coast of America that borders on Mexico and runs along the Pacific Ocean for nearly nine hundred miles. Its terrain is diverse, ranging from cliffy woodland to vast expanses of desert.

California is a beautiful state, and home to the illustrious Hollywood. Hollywood is one of the most frequently visited tourist destinations in the world and is a wonderful place to go on your vacation.

San Francisco, the city in which the famous Golden Gate Bridge was built, is another very popular destination, with the Haight Ashbury area, home to the 1960s counter-cultural revolution, being regularly visited by tourists from across the world.

San Francisco is also home to Alcatraz prison, the infamous prison that once housed Al Capone and Charles Manson. The Alcatraz prison, now closed, regularly allows tourists onto the shore and into the prison to explore on guided tours. 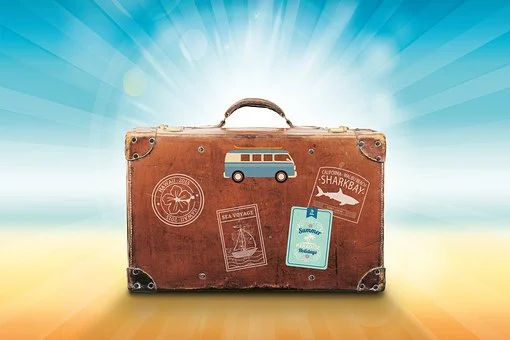 New York is a north-eastern state in the United States. It is home to the iconic New York City, wherein resides the Empire State Building, the Statue of Liberty, and formerly the site of the Twin Towers, now replaced with Ground Zero.

New York State is also the home to the massive Niagara Falls. New York City was one of the first settlements of the Dutch colonists and was once known as New Amsterdam. New Amsterdam served as the seat of the colonial government in the region and was bought from the Native Americans.

New York City is iconic, and its skyline is known all around the world; the streets of New York are rich in history, and its culture is known globally. From Little Italy to Central Park, there is no shortage of places to visit. If you are considering a trip to America, check out New York, the Big Apple.

Bring a Coat to Alaska

Alaska is a state that is only fifty-five miles at its closest point from mainland Russia. It is just across the Bering Strait from Asia and has a unique climate compared to the rest of the United States of America. In 1867, Russia relinquished control over Alaska and sold it to the United States.

Alaska is a beautiful state with rich wildlife and species of bird only found there. A trip to Alaska is unforgettable, and there is so much to see, from Polar Bears to Tundra Wolves. Many people go to Alaska every single year to go ice fishing, which is a lot of fun and can be a fantastic way to spend a vacation.

Be sure to bring a big coat, however, as Alaska is absolutely freezing and is the coldest place in the United States of America. Check out Alaska this year for a truly unique experience!

Now you know a few places to visit in America, and why. America is a wonderful country and is the home to some of the world’s brightest and best. A trip to America is a trip that is truly unforgettable.