Nine Diseases You Can Get From Kissing 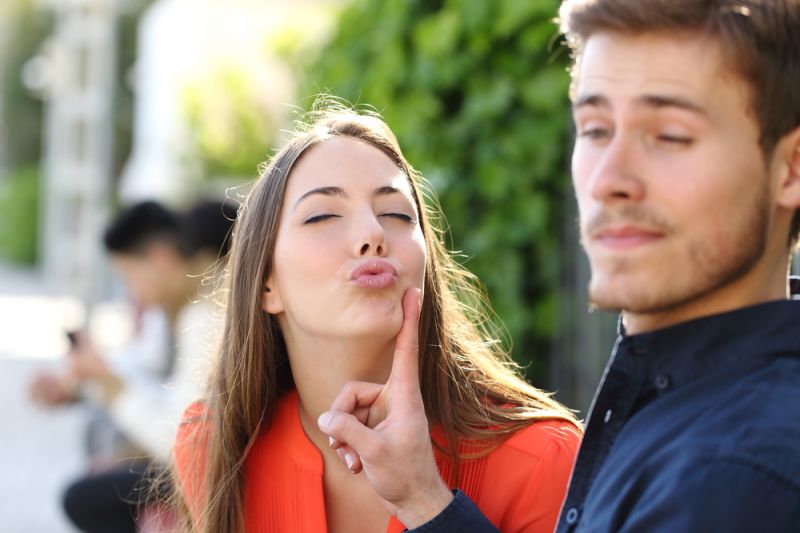 Perhaps one of the most universal signs of affection, kissing exists in nearly every culture. The act of kissing can range from a quick peck to a long, intimate smooch. In many European countries, people exchange a kiss on each cheek to greet each other. Kissing on the lips, though, is usually reserved for more intimate relationships — and it’s no wonder why.

An intimate 10-second kiss can transfer over 80 million bacteria. Though this might help some long-term couples by diversifying their oral bacteria (and thus boosting their resistance to other microorganisms), exchanging saliva can often transfer illnesses.

Unfortunately, no one is exempt from the disease-spreading dangers of kissing. Though people in long-term relationships may fare slightly better, anyone can get sick this way. HealthGrove used data from the World Health Organization and the Centers for Disease Control to find nine diseases that are transmitted through saliva.

With Valentine’s Day coming up, you might want to be careful who you kiss.

This disease, usually caused by the Epstein-Barr virus (EBV), spreads through saliva and is often referred to as “mono” or “the kissing disease.” Symptoms are very similar to those of the flu and include a fever, sore throat, fatigue, muscle weakness and swollen lymph glands.

The infection and related symptoms usually last anywhere from one to two months. Young people between the ages of 15 and 30 and those who regularly come into contact with a lot of people are the most at risk. While no treatment for mononucleosis exists, resting, staying hydrated and taking over-the-counter pain medications often help.

Cytomegalovirus (CMV) is a virus in the herpes family. This disease spreads through saliva, as well as through blood, urine, semen and breast milk. Like all herpes viruses, CMV can remain dormant in the body for long periods of time, especially if you’re healthy.

Though this virus can infect almost anyone, symptoms usually appear in those with compromised immune systems. Symptoms can include fatigue, fever, muscle aches and, in more serious cases, pneumonia, encephalitis, seizures and visual impairment. While there’s no cure for CMV, treatment for the virus generally isn’t needed in healthy children and adults.

Bacteria, mucus and other particles constantly live in our mouths and can build up to form plaque. Brushing and flossing helps get rid of plaque, though if not cleaned thoroughly, plaque can build up under the gum line and cause gum disease. Though gum disease (also known as periodontitis and gingivitis) does not spread through kissing, the bad bacteria that cause it can. Brushing and flossing your teeth regularly is your best defense.

Oral herpes is most commonly referred to as “cold sores” or “fever blisters.” It’s transmitted through direct contact between an infected area and broken skin or a mucous membrane. More than 50 percent of the U.S. adult population has oral herpes, but symptoms aren’t always visible.

Outbreaks of oral herpes, however, are usually few and far between. During an outbreak, symptoms usually last between 8-10 days on average and the cold sores heal on their own.

Many types of viruses can cause viral meningitis, which is serious but less severe than bacterial meningitis. This disease can be spread from one person to another via respiratory secretions.

Symptoms include fever, headache, stiff neck, nausea and vomiting. Though there are no medications for viral meningitis, people with healthy immune systems usually get better on their own.

Polio is a highly infectious viral disease that primarily affects young children. The virus spreads from oral contact or through contaminated food and water. Once in the intestine, it can invade the nervous system and cause paralysis.

Symptoms include fever, limb pain, fatigue, headache and stiffness in the neck. While there is no cure for polio, it has been largely eradicated in the U.S. and is a routine immunization given at childhood.

Mumps is a viral infection that affects the salivary glands, causing them to swell. It usually spreads via airborne droplets from the nose or throat of an infected person. Easily preventable by vaccine, this disease is no longer as common as it once was, though outbreaks in unvaccinated groups still sporadically occur.

Also known as the German measles, rubella is a contagious disease caused by a virus transmitted through an infected person’s sneeze or cough.

Symptoms only show up in half of people who get rubella and are usually mild. They include a fever and rash and clear up in two to three days. The rubella vaccine can prevent this disease.

Influenza is spread from person to person, usually via droplets made when people with the flu cough, sneeze or talk. People can infect others with the flu virus one day before they have symptoms and up seven days after becoming sick.

Symptoms include fever, cough, sore throat, body aches and fatigue. Most people recover on their own in less than two weeks. The flu is a highly seasonal disease that can often be prevented by getting an annual flu vaccine.