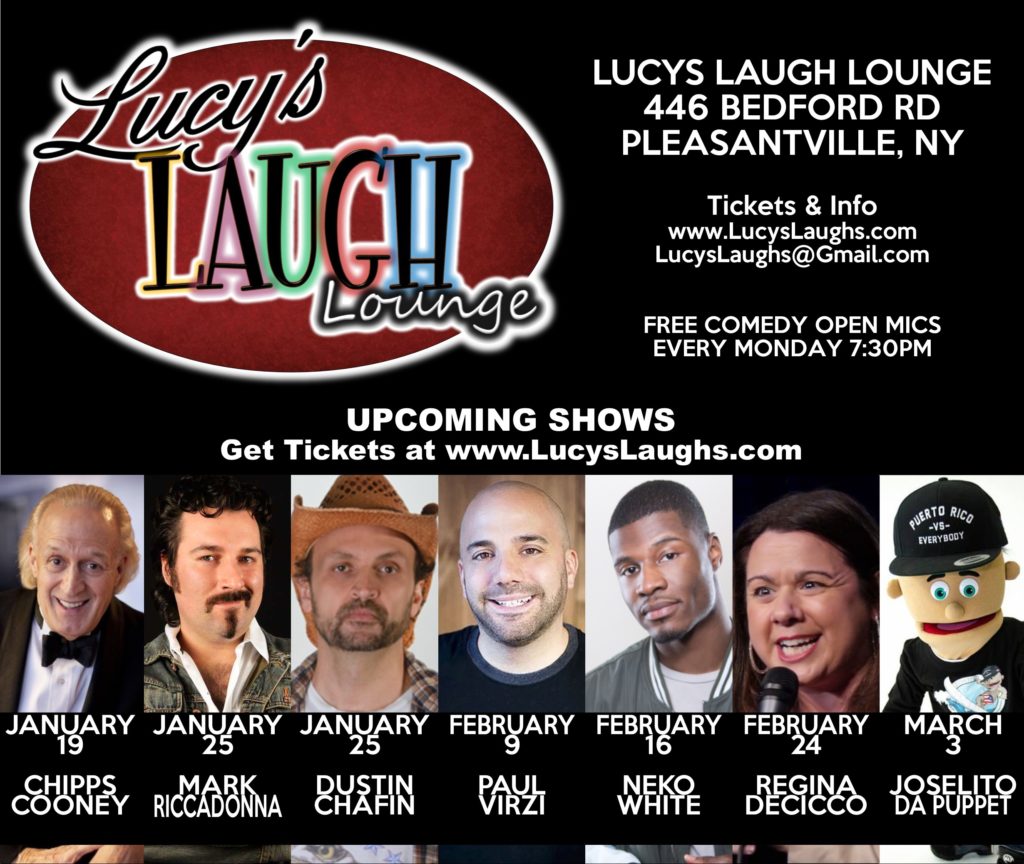 Starting this month, get ready to laugh.   Comedy shows every week in the backroom at Lucy’s Lounge in Pleasantville under the name “Lucys Laugh Lounge”.

Think you have talent. There will be free weekly comedy open mics every Monday night at 7:30pm for any new and aspiring comics to work on their material.

All tickets can be purchased at www.LucysLaughs.com

Thursday, January 25th is a special double headliner show starring Mark Riccadonna who is a writer for SNL’s Weekend Update and just got back from a USO Tour and Dustin Chafin who was seen on the his HBO show “Crashing” as well as appearances on VH1 and MTV. The show is at 7:30pm and tickets can be purchased in advance at www.LucysLaughs.com

Friday, February 16th. Neko White will be headlining. Neko started performing comedy while in High School and 10 years later has been featured on MTV, Vice, Gotham Comedy Live, and TruTV. Come check out this comedy prodigy that the Montreal Comedy Festival listed as one of the New Faces of Comedy!