Everyone talks about online dating from the perspective of the online dater. Love’s Bounty Hunter wants to turn that on its head and focus on the crazy antics of one online dating company that’s responsible for its members’ online dating successes or failures. Millions of Americans trust their love lives to these billion dollar companies, but is there a science behind their matchmaking, or are they just as clueless as the rest of us? 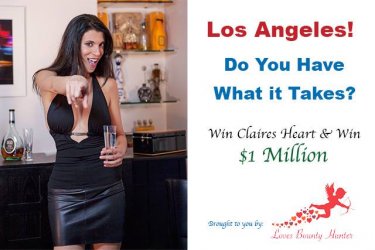 The regular cast will be supplemented with featured cameos from actual online dating insiders: dating coaches, matchmakers and professional wingmen to name a few.  In addition, the show features reenactments of crazy dates sourced directly from the audience, featuring celebrities and well–known actors playing opposite the lead characters.

Millions of Americans trust their love lives to these billion dollar online dating companies but is it science or just good business?