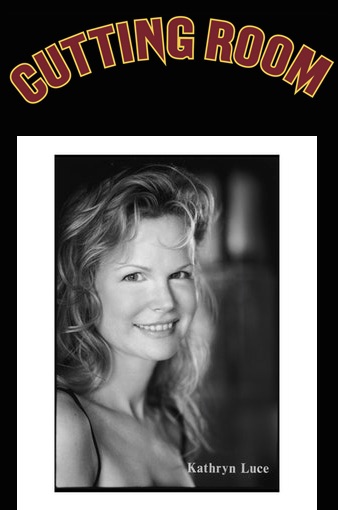 It’s hard to be the talented spouse of a famous performer, because the superstar gets all the attention no matter what. But, Art Garfunkel’s wife, Kathryn Luce Garfunkel, is a very gifted singer and performer in her own right.
On Sunday, October 1st, 2017 at The Cutting Room in New York City, Kathryn, known as Kim, will perform her cabaret act, a medley of songs ranging from Sondheim to Rogers & Hart to Jerry Herman to Jacques Brel. Her 11-year-old son, Beau, will also make a special appearance, accompanying her on the harp on Send in the Clowns.
Kathryn Luce Garfunkel is an accomplished vocalist who’s performed her cabaret act at Feinstein’s at the Regency, Birdland, Guild Hall, and Steve McGraw’s Triad. She’s toured with her husband Art Garfunkel, performing as a back-up singer or co-vocalist at Buckingham Palace, The London Palladium, The White House, and Carnegie Hall, just to name a few prestigious spots!
As a skilled actress, Kim’s appeared in Tennessee Williams’ 27 Wagons Full of Cotton, This Property is Condemned, Twelfth Night, The Fantastics, Company, and Suddenly Last Summer. Her film work includes Jack of All Trades, Mrs. Mortimer’s Gift, and Punitive Articles. Kim’s television credits include hosting ABC’s In Concert, Disney Channel’s Art Garfunkel Across America, and MTV’s Dance Video, among others. A native of Minnesota and a graduate of New York’s American Musical and Dramatic Academy (AMDA), Kim’s been honored with the “White Lily Peace Award” from Soka Gakkai International, a worldwide Buddhist organization.
COME AND SEE KIM GARFUNKEL.  SHE WILL BE ACCOMPANIED BY
HER YOUNG SON AND ART MAY PERFORM – BIG WORD IS MAYYYYY!
When & Where:
Sunday, October 1, 2017; Doors: 6pm/Show: 7pm
The Cutting Room
44 East 32nd St., New York, NY
$20 Advanced Sales/$25 At the Door