Fourth of July Trivia. Fun facts about our 4th of July History

4th of July is just around the bend, and I know it’s hard to believe given the odd weather we’ve had this year. Summer is my favorite time of the year. It’s pool, beach and BBQ time. And, just time to relax and enjoy time with good friends.

If you share my love for summer, you’ll be happy to know that summer is slightly longer than winter…by 4 days. That’s because the earth is slightly further away from the sun during the summer, so it takes a bit longer to traverse. So, yay for those extra 4 days! 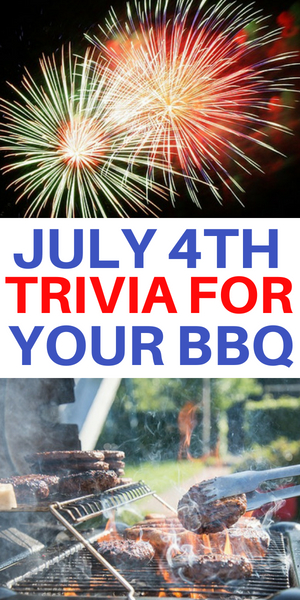 In the meantime, here is some fun trivia about our nation’s holiday.

Enjoy your 4th of July celebrations. This year July 4th is on a Wednesday, so we have a whole week to celebrate!