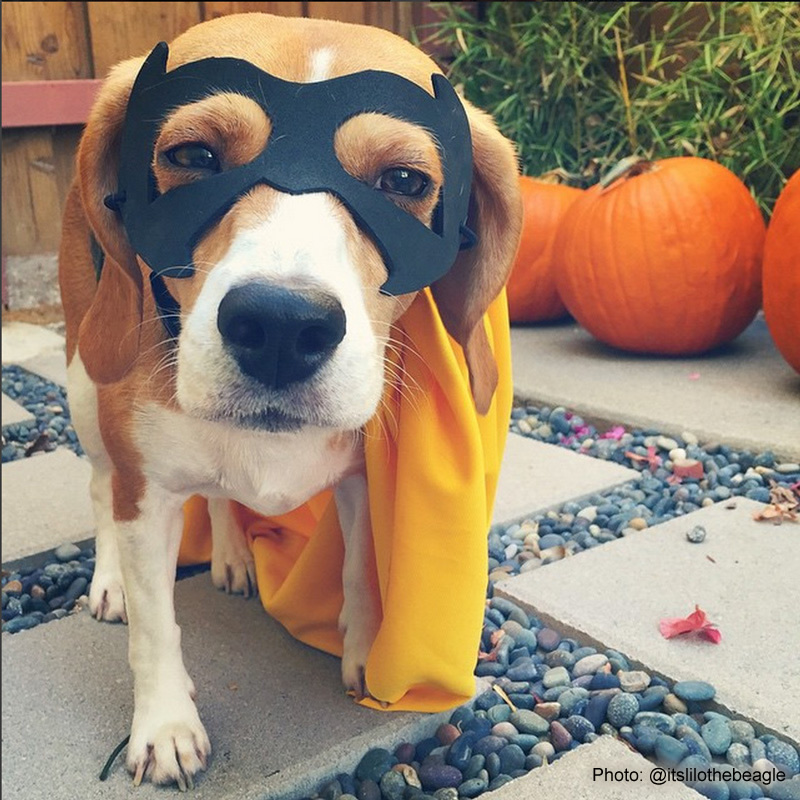 Young children and college co-eds have long had a monopoly on Halloween festivities, but according to a new national survey, it seems we may have to make room for a new ‘breed’ of merry-makers – our pups!

Big Heart Pet Brands (the makers of Milk-Bone, Pup-Peroni, Canine Carry Outs and Milo’s Kitchen) conducted an original survey of 3,000 U.S. dog parents to determine the top 25 states that most include their pups in the Halloween festivities. Virginia took the top spot, with New Jersey and Pennsylvania coming in second and third, respectively. 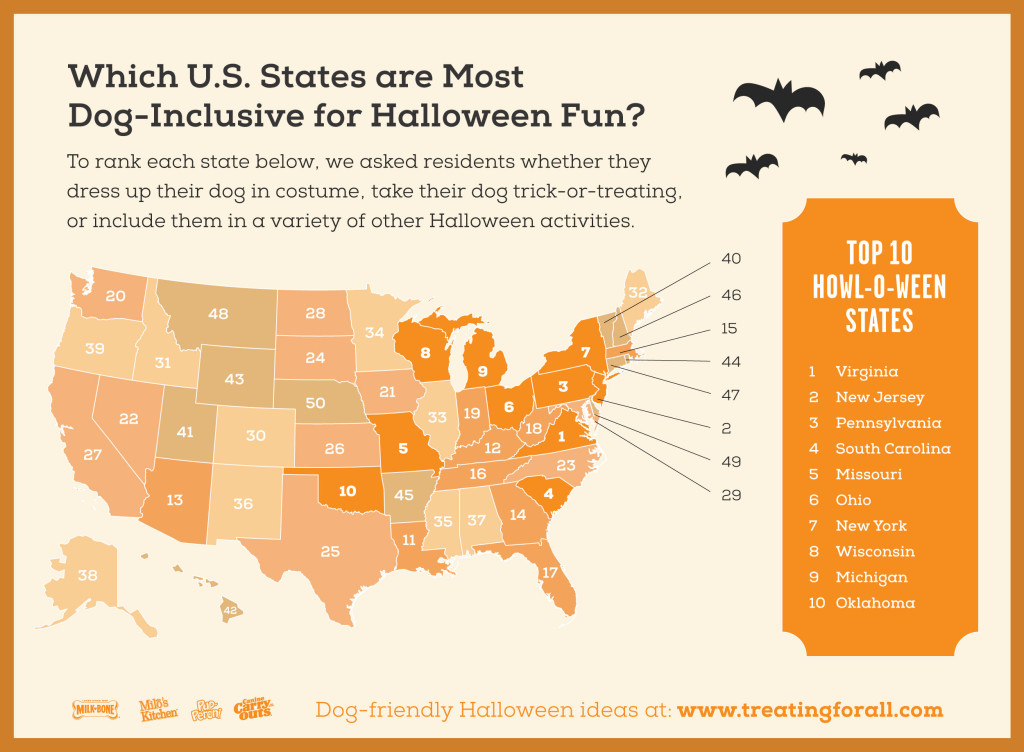 To determine the rankings, Milk-Bone and Milo’s Kitchen asked local pet parents about whether they dress up their dog in costume, take their dog trick-or-treating, or include them in a variety of other Halloween activities.

As it turns out, Virginians were most likely to dress their dogs up in costume (at 64%, nearly two thirds of pet parents copped to it). Pet parents who give their pups extra treats (57%) or greet trick-or-treaters at the door with their dog (43%) came in second and third. 36% bring them trick-or-treating, while 21% take their dog to doggy parades or gatherings.

The survey also uncovered the most popular treats to give “Doggy Tricksters” who come to your door, and to our surprise, there’s a pretty telling split by size!

Biscuits and crunchy treats (like Milk-Bone) are the top choice of middle-weight pups, including Hounds (53%), Herding Dogs (56%), and Sporting Dogs (57%).

And, on the other end of the spectrum, 59% of Toy breeds, 47% of Non-Sporting dogs, and 58% of Terriers – among them Pomeranians, French Bulldogs, and Yorkies – most love “soft and chewy” treats (like Pup-Peroni and Canine Carry Outs).

There you have it – the pups have spoken (er, barked) and they all want one thing: treats! But hey, if it keeps them out of the kids’ candy stash, it’ll be worth it already.

For more dog-friendly Halloween ideas – including DIY pet costumes for $15 or less – visit this link: http://treatingforall.com/