Most countries recognize scrabble and have made it an official sport. Losing in a scrabble game hurts, and this motivates most people to find ways of ensuring they win the game. Some of the ways to ensure you win the game include sharpening your skills, master winning strategies, and equip yourself with tactics to help you throughout the game. Scrabble enthusiasts can utilize these tips to hone their skills.

This is a tool designed to help you discover the highest scoring words for word games. Many reasons motivate players to use unscrambler, including to get words with high scoring letters that win the game. To unscramble letters, the user enters the current tiles on the search engine of the word unscrambler. It will suggest all the right words from the tiles given. When you use an unscrambler, you get words in various shapes and letter combinations.

Professional Scrabble players take pride in a large vocabulary popularly referred to as word power. This is an essential element in the scrabble strategy. However, it is crucial to note that not all words are weighed equally. Any aspiring professional level scrabbler should memorize all the 127 legal two-letter words and the 1,347 three-letter words. This is essential since you will be playing words that are parallel to each other and not crosswise.

You have an unfair advantage if you know that a word like AIMED sits right below ABODE, and the two words form a legal two-letter word A.A. Other essential words that you need to master include:

You should know weird words that are legal. Most U.S. tournaments are guided by the Word List compiled by the North American Scrabble Players Association. Some of the odd words include pimpmobile, syzygy, and crwths.

In scrabble, you do not need to know the meaning of a word, just the legality of the word is required.

Some letter combinations such as U, V, and W worry players because few long words use them. Generally, you need to play off duplicate letters to leave a rough mix of consonants and vowels, and play with the tiles you know will combine well like RET or RES.

When you have ten tiles remaining on the rack, you should employ a strategy to ensure you win the game. First, study what the opponent is having and use that to your advantage. Lock the board with setups that only you can use. Such strategies and mental resilience can make you win, even if your opponents have better word power that you.

To win a scrabble game, you must maintain a delicate balance of lexical flexibility using all your awareness and skills. Be in constant balance with the score you get from potential moves, and what you leave behind in the rack. Also, have a strategy on how the letters left in the bag would combine while making sure to block your opponent. It would help if you never created a winning opportunity for your opponent.

This is the ability to remember and spot potential words using the letters on the box and those on the board while maximizing the premium squares, like the two-letter and triple-letter words. Your board vision is enhanced by memorizing many high-value words. You do not have to spot your words only; Spot words from your opponent, and play to win or cripple your partner. 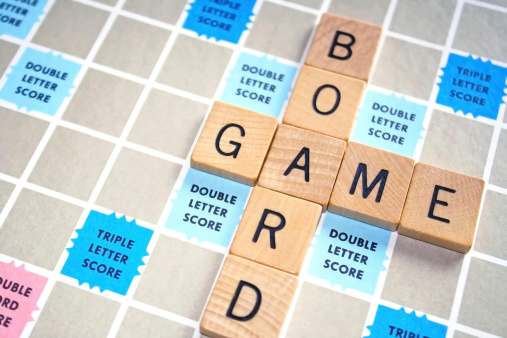 In the past, memory professors did not believe in the power of mistakes. They thought that mistakes meant people are not learning well. Before the rise of researchers such as Bennett Schwartz, the struggle was not included in the learning process. According to Schwartz, you will encounter errors when playing scrabble, and that means you are learning and getting better at the game.