Writer, Producer & Director behind the hit comedy films Anchorman, Knocked Up, Bridesmaids, and so many others! Don’t miss him when he returns to his stand-up comedy roots!
Barts Tree Service Comedy Series

Other shows at The Ridgefield Playhouse not to be missed…..

Tyler Henry – Hollywood Medium
Sunday, June 25 at 7:30pm (ALMOST SOLD OUT!)
From the hit TV show on E!  Following his performance, Tyler will do an audience Q&A followed by a book signing in the lobby.  One randomly selected ticket holder will get a PRIVATE reading with Tyler following the book signing!
HamletHub Whole New You Series
Hearst Media Entertaining Conversations Series 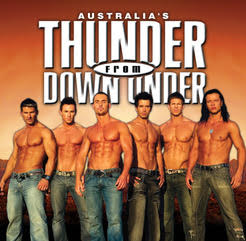 Australia’s Thunder From Down Under

Wednesday, July 26, 2017 at 8pm
The PERFECT Girls’ Night Outback! Australia’s HOTTEST Export – Thunder From Down Under hits an intimate Vegas stage every night of the week showing off chiseled bodies, seductive dance routines,cheeky humor and boy-next-door charm that you won’t be able to resist! This isn’t the type of show you just sit and watch-Thunder is a fully interactive experience.