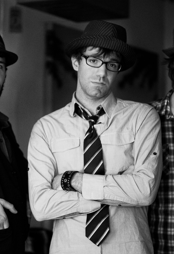 Singer/songwriters Stephen Kellogg and James Maddock will be performing at The Ridgefield Playhouse this Saturday night! Great performers, fabulous show and a fun date night!!

Connecticut native Stephen Kellogg’s Americana-tinged, sometimes folk, often rock, occasionally pop stylings are performed with the unassuming manner, heart and self-deprecating humor that have been at the center of his concerts for more than 20 years.  Over the last decade he has performed more than 1,500 concerts in more than a dozen countries, both solo and with a band. In 2013 Kellogg gave a TEDx Talk about job satisfaction. Recently on a tour of Europe, SK (as fans often refer to him) made a detour to play the Middle East, Africa and an aircraft carrier for the Armed Forces. Though Kellogg may not be a household name at present, he has persisted in building a substantial career, which has landed him on stage with some of the biggest touring acts in the country (Train, Sugarland, OAR, Josh Ritter to name a few), in the billboard charts, and with his songs as the backdrop of numerous films and TV shows (One Tree Hill, Men of a Certain Age, Mercy).

Singer-Songwriter James Maddock kicks off the night! Known as the songwriter’s songwriter, James Maddock has earned the respect of masterful writers such as Bruce Springsteen and Willie Nile. His latest album, The Green, is the most eclectic, exhilaratingly soulful and imaginatively produced album in his career.