Win a Pair of Tickets to see 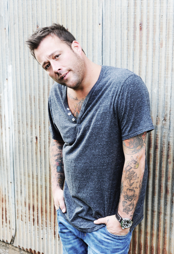 Initially known for his role as DJ in Kid Rock’s legendary Twisted Brown Trucker band, Uncle Kracker soon kicked off a stunning solo career of his own. The singer/songwriter made his solo debut with 2001’s #1 smash, “Follow Me,” kicking off a run of top 10 multi-format hits like “In A Little While,” “Smile,” and of course, 2003’s cover of Dobie Gray’s classic “Drift Away” which set a Billboard record for most weeks at #1 on any chart, topping their #1 run on the Adult Contemporary radio charts for a staggering 28 weeks.