The Lionheart Gallery is presenting two exhibitions with appeal for appreciators of alternative photography and conceptual art, the future of our planet and the intrigue of language. Svala’s Saga is a print series by photographers Emma Powell and Kirsten Hoving, who approach climate change with an elegant eye. Words are Elves by David Hutchinson features paintings, drawings, and wall sculptures that explore literary themes through an innovative color code. Both shows will be on view at the Lionheart Gallery, 27 Westchester Avenue in Pound Ridge, through November 1, 2016. 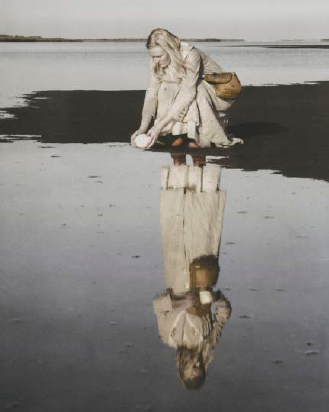 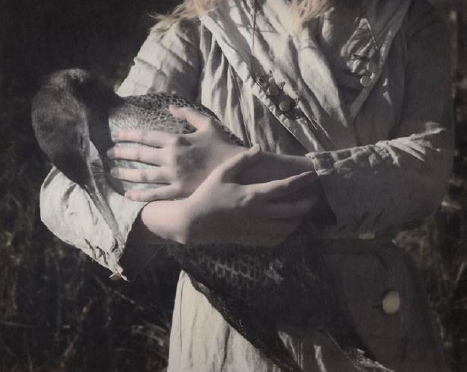 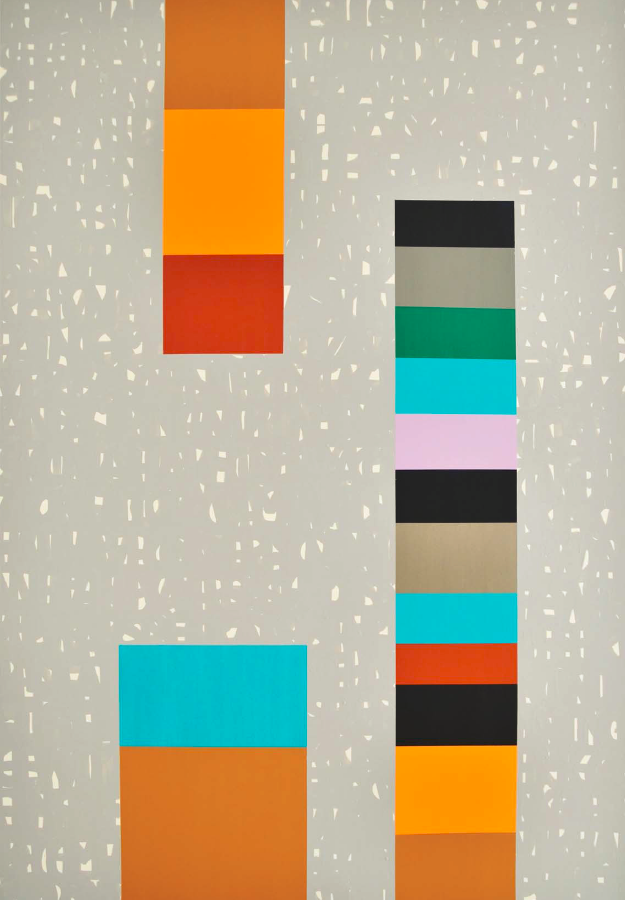 Motivated by the pressing danger of species extinction, this photography series was realized while mother-daughter collaborators Kirsten Hoving and Emma Powell were traveling in Iceland. Composed of pigment over palladium prints, Svala’s Saga is a “photographic fairy tale” following a woman who has been confronted with a sudden loss of the world’s birds. As the Earth heats and cools, Svala journeys through the Nordic wilderness like Alice in a bleakly beautiful wonderland, searching for remaining eggs among icebergs and glaciers. 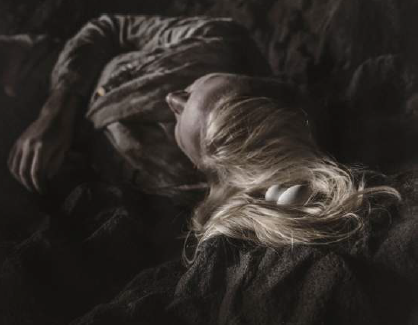 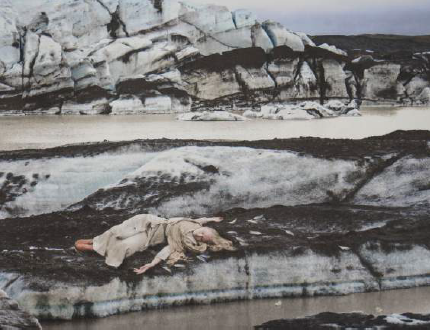 “Although we have seen a lot of photography dealing with the negative side of the current environmental crisis, we decided instead to create visually compelling images that reel you in and then reveal the deeper narrative,” says Powell, noting that she and her mother find inspiration in Game of Thrones and nineteenth-century book illustration. “Though the story is a fantasy, we are dealing with very real concerns.” 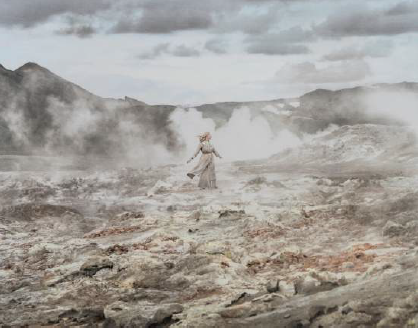 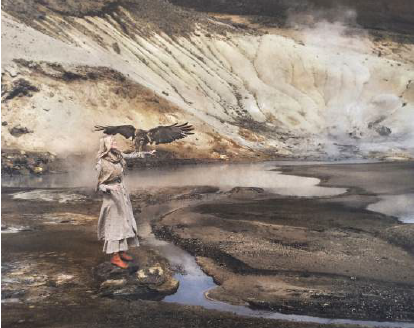 Viewers will find so much to appreciate here: a message of hope and purpose in the face of environmental threat, a cinematic quality of a captivating heroine in an unknown land, and impressive technique from masters of alternative photography and all its possibilities. 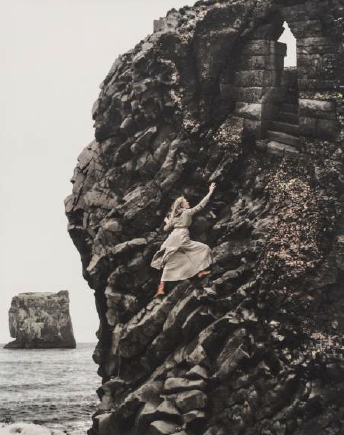 David Hutchinson: Words are Elves
Having studied architecture and philosophy, David Hutchinson centers his art on communication and codifications inspired by literature. His minimalist creations—based on works by French philosopher Jean-Paul Sartre that analyze the writings of Jean Genet—employ a code that connects letters to paint colors. Some might say that this conceptual artist systematically imagines the hues of our conversation. 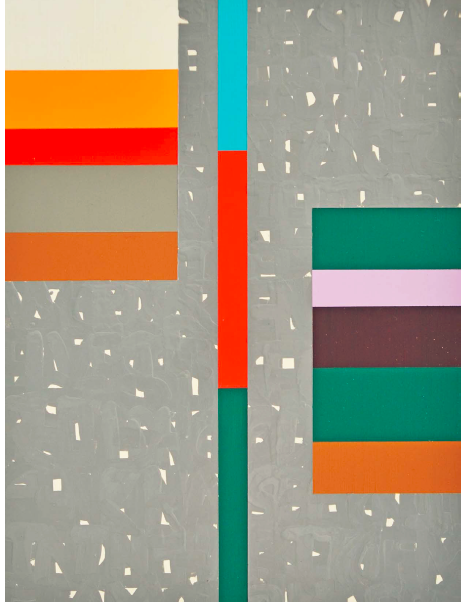 The name of his exhibition, Words are Elves, is influenced by Sartre. “In a follow-up statement Sartre compares a stylis to a wand—both having a magical ability to influence and transform imagery,” the artist says. Upon reading this passage, Hutchinson felt a connection that could be expressed visually. In Hutchinson’s chromatic works, each block of color stands for a letter of the English alphabet: a = aquamarine, b = blue, c = crimson, d = dove gray, and so on, forming a rainbow-hued code based on color names. Other works are black and white layers of overwriting, the original texts scribed on top of one another to create unreadable fields and patterns of scribbles. 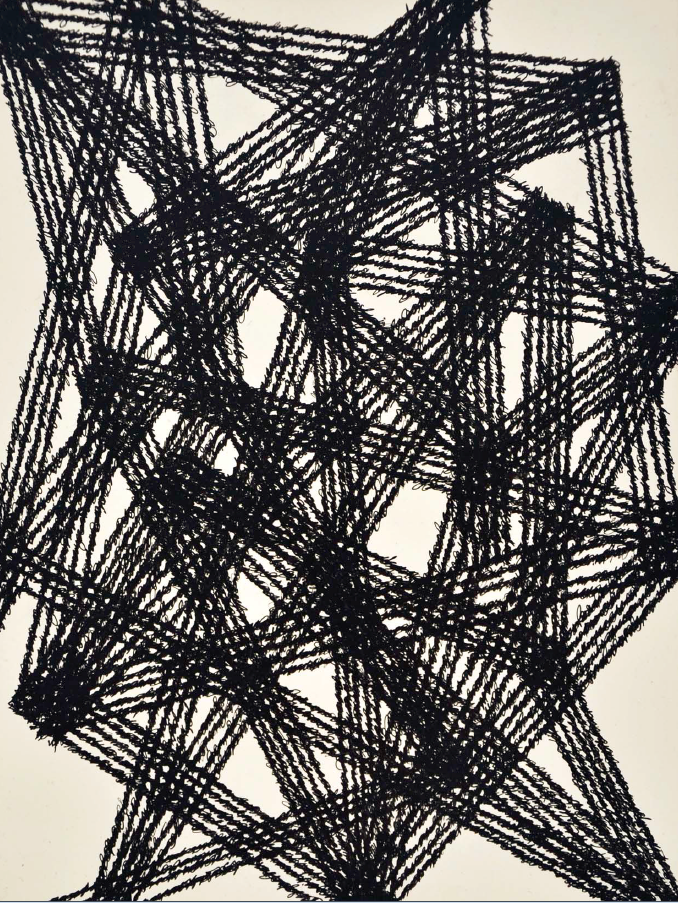 “I find Hutchinson’s art fascinating to explore,” says Gallery Director Susan Grissom. “His unique style incorporates philosophical writings, a strong color palette, and a code to analyze that make you take more than a glance.”
The Lionheart Gallery is open Wednesdays through Saturdays, from 11 AM to 5 PM, and Sundays from 12 noon to 5 PM. For more information and directions to the gallery at 27 Westchester Avenue in Pound Ridge, NY, visit www.thelionheartgallery.com or call 914.764.8689.