Cigars have a rich and vast history. Although they look cool and make actors look mysterious in the movies, there is much more to them than mere smoke. The history of cigars may be set in stone, but the developments are ever-changing.

They have been featured in movies, series, books, and have been crucial aspects of numerous stories. Whether you smoke cigars, or even smoke at all or not, it is quite fascinating to understand what makes cigars so special.

The foundation on which cigars are built is immense, so read on below to know everything you need to know about its history.

When Cigars Were First Made

Before delving into history, it must be noted that cigars are truly ancient. Unlike cigarettes, which were invented in the 1800s, cigars go back thousands of years. The cigar, according to numerous sources, is said to have developed by the Ancient Mayans.

Of course, the Maya Civilization shaped up the following years, which was enabled by the people who came after the Mayans (such as the Incas and Aztecs). People now believe that cigars are a rollup of tobacco used for smoking purposes only. People in the past believed so also, yet, they are much more than that.

The Mayans themselves have a history that leads them to the creation of the cigar and the reasons behind inventing it. The Mayans actually offered the tobacco to their gods as it was much stronger than what the present-day cigars are made out of.

There are many different types of cigars. These include Petit Corona, Gordito, Robusto, Corona, Toro, Gordo, Pantela, Lonsdale, and so on. Each of these is produced in a different way and comes with its separate price tag. Like everything else, cigars come in different shapes and forms.

Those that argue that price does not matter may have smoked the cheapest cigar out there (Blackstone, goes for about 40 dollars), yet still appreciated it without truly feeling as though there was a huge difference between it and the ones on the heftier price. Where many argue between whether price matters or not, cigars are still symbols of power and wealth even to this day and age. 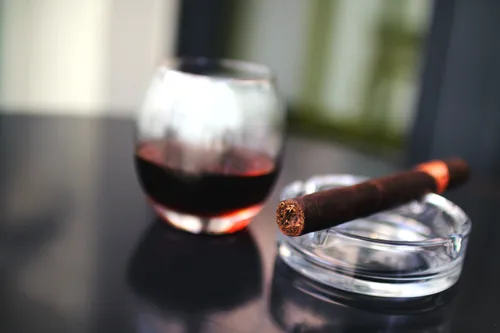 How Cigars Have Changed Over the Years

Throughout the thousands of years, the cigar has completely evolved. They traveled around the world and took on different forms. Yet with each age, the world took on a different form of cigar and altering it according to that region’s preferences and likes.

Premium cigars were less frequent, which made them more interesting and sought after. The 1990s saw a huge request for cigars due to its representation in the media, and its availability increased, and so did their ranges. With customers tasting different types of cigars, both imported and local, this led them to the creation of more cigars.

Their opinions changed and many wanted cigars that were lighter, bigger, rounder, more intense, and so on. By visiting this website you will find that cigar testing is still around to this day. Where the cigar had just been a matter of a couple of choices, the option of creation allowed people to make what they wanted or thought others would like as well as understanding that cigars will stand to make a huge profit for them.

Cigars on the silver screen have come several times as mere props, but in many cases, they meant so much more, think Al Pacino in Scarface. In Wall Street, The Untouchables, Scarface, Airport, it is evident the extent to which cigars proved to be a symbol of power and strength.

Cigars are incredibly expensive, so regardless of the smoke, it is said that only the elite have the luxury of indulging in them. They are usually handcrafted from Cuba and imported, which is why you will not find a character from the middle or lower classes in movies smoking one.

Cigars are presented on numerous occasions, but they are generally celebratory or at least depicted as so. The history of cigars alone would tell you that there is so much more to them than their portrayal of celebration or success.

The history of cigars enables us to understand the element we smoke and why we smoke it. This in turn gives us a huge appreciation for it, especially if you do smoke it.