So is moving from Friends to Lovers  worth the risk? 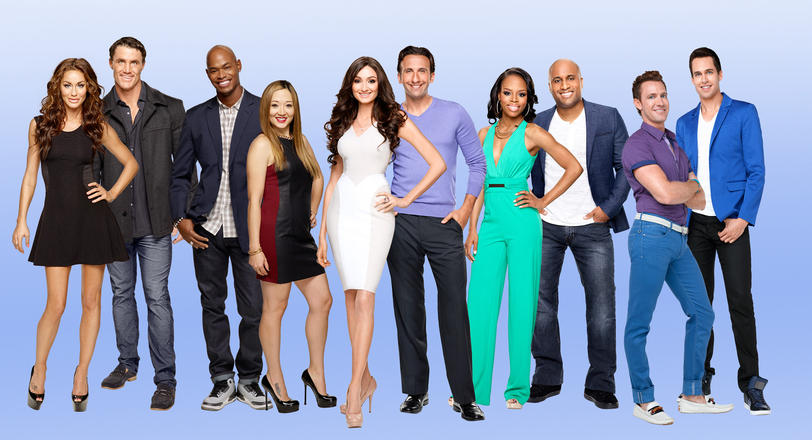 Premiering Monday, January 12 at 10 PM ET/PT, Bravo’s new social experiment of the heart “Friends To Lovers?” follows five sets of singles who take a leap of faith and try to become more than “just friends.”  Throughout the season, the couples must deal with the unique challenges of dating such as awkward first kisses, tests of jealousy and the inevitable reveal to friends and family. While some count their years of friendship as the foundation for their relationship, others want to be swooned all over again.

Bravo Media  released today a national study conducted by Research Now to determine if the risk of dating a best friend is worth the reward of finding love. In a world of “catfishing” and dating swipe errors, 75% of people have pursued a romantic or sexual relationship with a friend. Over 1,000 people between the ages of 18-54 were polled, and results prove that of the 76% who took the leap of faith to find love with their friend, 29% of those relationships resulted in marriage. However, only 51% got their buddy back if the relationship didn’t work out. The survey coincides with the launch of Bravo’s new social experiment docu-series, “Friends To Lovers?” premiering on Monday, January 12 at 10 PM ET/PT.

Are Men or Women The Risk Takers?

Beginning a relationship with a friend is a risky proposition, and unrequited love for a friend is quite common. It can be life-shattering when feelings aren’t reciprocated, so who is the risk taker?

76% of men are open to a romantic or a sexual relationship with someone they consider a friend (vs. 58% of women)

82% of both men and women believe the best relationships begin platonically, not romantically

50% of all men regret never telling their friend about the romantic feelings they’ve had for them (vs. 30% of women)

Dating a bestie may mean changing a relationship status from “single” to “taken,” but more times than not, it shifts along the way to “it’s complicated.” Does “friends with benefits” really exist? Results prove love and sex among friends is possible, but for those who fail, the person they relied on for everything may quickly become a hated ex of the past, while causing complications among mutual friends.

54% of men say they would hook up with a friend if they knew no strings were attached (vs. 22% of women)

42% of women rather be celibate for the rest of their lives than have sex with their best friend (vs. 25% of men)

65% of adults have seen friendships destroyed by trying to date

47% have had mutual friends become jealous when they found out about their two friend’s new-found relationship, and 38% thought it was a bad idea

Hollywood classics across the Romantic Comedy genre all attempt to propose a solution to the same age-old question – should we establish a back-up plan for love?

And don’t forget to tune in to Friends to Lovers Monday January 12th at 10/9c!