Washington, D.C. is consistently ranked high on lists of best cities in the U.S. The nation’s capital has countless job opportunities, excellent schools, history, sports, culture; D.C. has it all — except, of course, affordable housing.

Though bigger cities like New York and San Francisco have a bad reputation for high real estate costs, Washington, D.C. consistently boasts the highest median price for a single-family home. Those interested in buying real estate near D.C. would do better to look in the cities and towns surrounding the capital. Fortunately, there are plenty of places near D.C. that have charming communities and affordable homes, such as:

Located an hour northwest of D.C., Frederick, MD is able to offer a quieter, calmer, and more reasonably priced lifestyle thanks to its distance from Washington. Like so many other hamlets in this part of the country, Frederick has an important connection to the country’s founding: It is the hometown of Francis Scott Key, who penned the lyrics to the national anthem. A haven for families, this town consistently scores high on safety and education, but it offers plenty of exciting dining, shopping, and culture in its downtown to keep young professionals happy, too.

The hometown of two founding fathers, Charlottesville, VA is about as steeped in American history as D.C. itself. One of the farther suburbs on this list, Charlottesville is about two hours from the nation’s capital, which allows it more space to develop its own distinctive culture and atmosphere. In recent years, this town has attracted hordes of young professionals who appreciate the lower cost of living and more affordable real estate as much as the abundant vineyards, hiking trails, and downtown nightlife. Prospective homeowners should consult mortgage brokers in Charlottesville, VA to find out what they qualify for in this growing city outside D.C.

Fairfax, VA is a bit closer to the capital than the previous two towns — one can reach the heart of D.C. after just a half-hour commute. Even better, many D.C. companies are migrating their headquarters to Fairfax to make their offices more accessible to workers while remaining within Washington’s reach; thus, living in Fairfax is a good way to stay connected while enjoying a bit more space at home. Fairfax itself has a fair downtown scene, with beautiful parks and highly rated restaurants, but it is its proximity to D.C. that compels most homeowners to buy here. 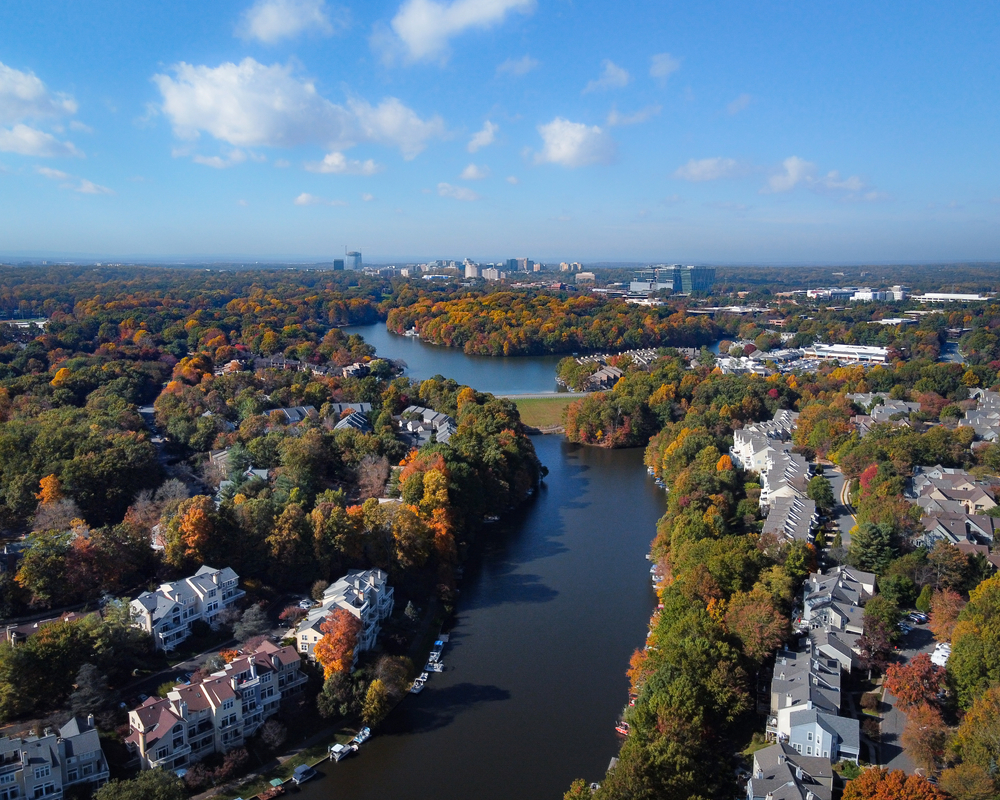 Similarly close but on the Maryland side, Silver Spring is also about a half-hour out from D.C. As more D.C. workers flee to the suburbs, Silver Spring is experiencing a population boom which is bringing with it goodwill and funds to revitalize the town. The downtown area has already enjoyed a facelift, with parks and boutiques more beautiful than they have been in decades. Plus, Silver Spring offers plenty of affordable and customizable new construction to prospective homebuyers in the area — as well as the historic homes that some homebuyers love.

Dubbed “the bullseye of America’s internet,” Ashburn, VA is the tech-savviest town on the Eastern seaboard. Though Ashburn is just over 40 minutes from Washington, D.C., many of its residents actually work in town thanks to its large number of tech firms. In fact, little-known Ashburn rivals Silicon Valley in the size of its tech centers, which have thrived thanks to the closeness of the nation’s capital. Though Ashburn doesn’t have much of its own nightlife, it is close enough to D.C. and other cultural centers to keep residents happy.

While many towns surrounding Washington, D.C. try to make themselves attractive to young professionals, Gaithersburg, MD is content to be a community for families. Just 30 minutes from D.C., Gaithersburg boasts exceedingly low crime rates and excellent schools, and its historical and cultural centers rival those of D.C. itself. Perhaps best of all, its median home price is around $460,000 — which is less than half that of other D.C. suburbs.

Young professionals, families, and even retirees can benefit from leaving the big, bustling D.C. area and settling down in a town or city nearby. No matter what a homeowner is looking for, there is a D.C. suburb with the perfect amenities ready and waiting.