at the Neuberger Museum of Art

This is the first exhibition to examine Spillenger’s unseen body of work and to assess his contribution to the history of mid-twentieth-century American art. 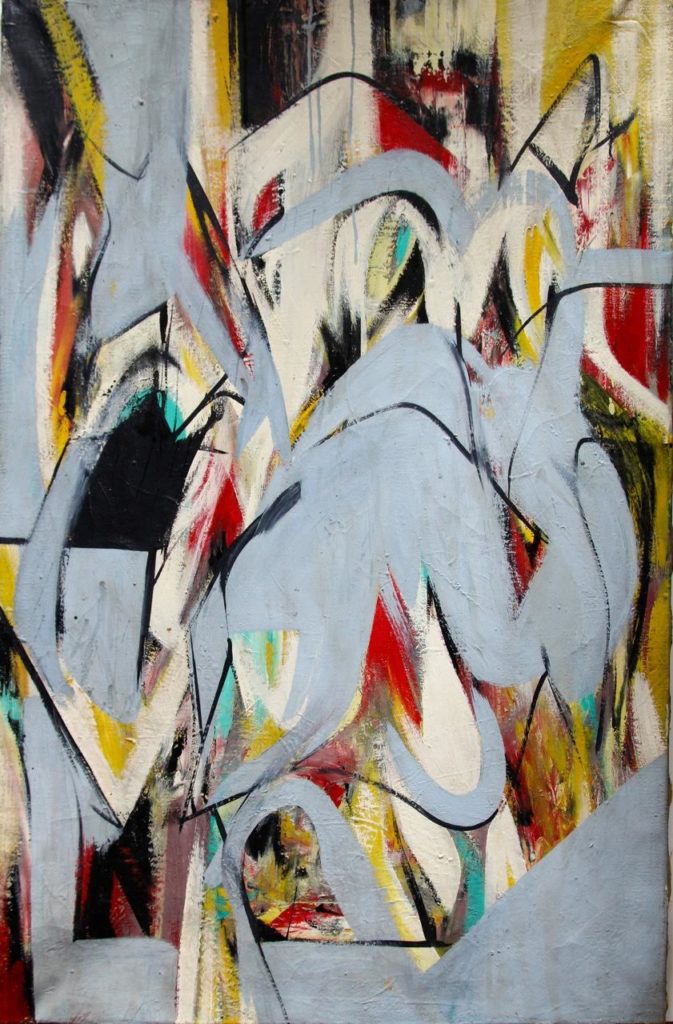 In 2014, noted curator and art historian Theodore E. Stebbins, Jr. received a call from the son of artist Ray Spillenger who had discovered hundreds of paintings and drawings in the late artist’s rent-controlled apartment on New York’s Lower East Side. When Stebbins arrived, he found stack upon stack of the works, in no apparent order, and most in need of a good cleaning. Yet what he saw intrigued him. “I thought, he’s a very good painter; these paintings deserve to be seen.” After some research, Stebbins, Curator of American Art, Emeritus at the Harvard Art Museums, discovered that the artist had studied with de Kooning and Joseph Albers at Black Mountain College in Asheville, North Carolina, and worked prolifically during the 1950s and 1960s, experimenting masterfully with Abstraction Expressionism. At the time, Spillenger attracted the attention of his peers, one of whom, Pat Passlof, also an Abstract Expressionist, later described him as “the most brilliant unknown painter of his generation.” Why then was Spillenger quickly forgotten? “The artist was a very private individual, not given to self-promotion and probably not very friendly, and his greatest body of work was produced when Pop art was on the rise and the New York galleries were turning their attention away from Abstract Expressionism,” Stebbins explains. “But lack of notoriety makes him no less worthy of our attention.” 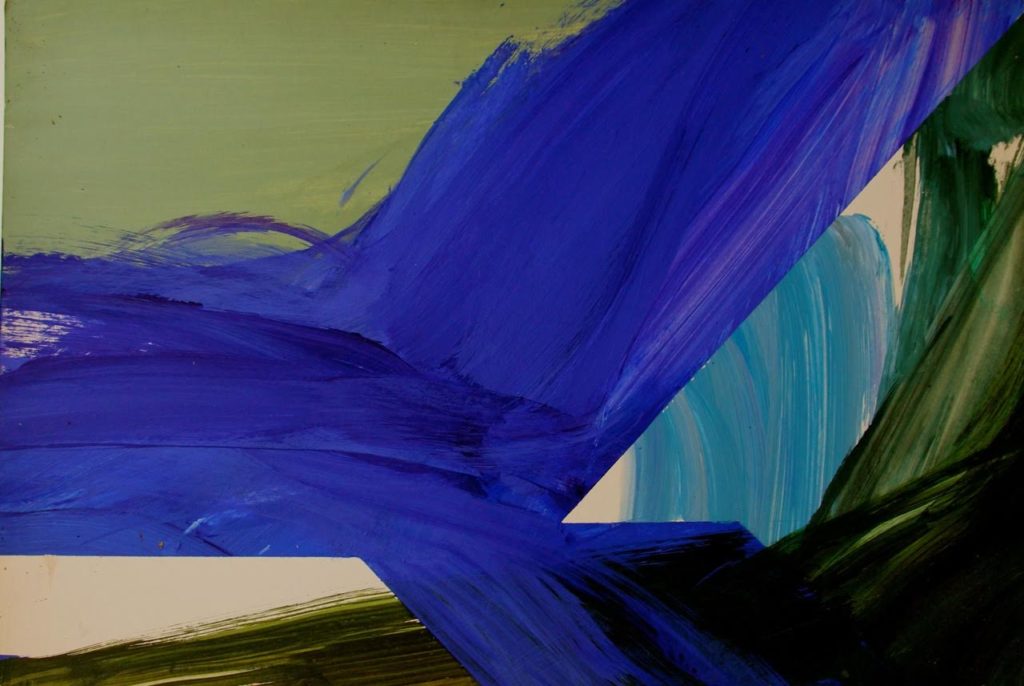 The Neuberger Museum of Art agrees. From September 11 through December 23, 2016, the Museum will display over forty paintings and drawings by the artist, dating from his Black Mountain College days to the late 1960s in Ray Spillenger: Rediscovery of a Black Mountain Painter, an exhibition which reveals Spillenger’s deep commitment to abstraction and passionate love of color.  This is the first exhibition to examine the artist’s unseen body of work and to assess his contribution to the history of mid-twentieth-century American art. The exhibition is organized by Black Mountain College Museum + Arts Center where it was on view earlier this year, and curated by Theodore E. Stebbins, Jr. A full color catalogue accompanies the exhibition. Support is provided by the Friends of the Neuberger Museum of Art, and the Purchase College Foundation.

When Ray Spillenger died in 2013 at the age of 89, he was described as “the last of the ‘downtown painters’ – the group of artists living and working in and around 10th Street in New York City, who, in the postwar years, developed the style later called “Action Painting” or Abstract Expressionism. Among the best known of these artists were Jackson Pollock, Willem de Kooning, Hans Hofman, Josef Albers, and Franz Kline, who Stebbins explains in his catalogue essay were the “first generation” abstractionists. Spillenger studied with and befriended many of them. In the 1950s, after a stint in Rome, Spillenger joined the de Kooning-founded artist’s association, The Club, on Tenth Street.

“Abstract Expressionism was strictly an American style invented on 10th Street, and Spillenger was right there when it was being invented,” writes Stebbins. “Spillenger experimented and developed his own non-representational style that featured broad areas of color.” He began making small paintings with broad sweeping brush strokes that blend, rather than dominate, and featuring colors that came from a narrow tonal range. “They evidence a keen interest in how colors work with one another – undoubtedly a legacy of his studies with Albers,” says Stebbins. Spillenger turned to larger canvases in the late 1950s, at a time he began to receive recognition. He also began to experiment with black and white drawings to work out his approach, as encouraged by Kline. The drawings, first figurative, became more abstract, with the later ones almost calligraphic.

Then, seemingly abruptly, Pop art took hold. It rejected the Abstract Expressionist aesthetic and reflected a popular culture sensibility. Spillenger eventually stopped painting, putting down his brushes for 15 years. He resumed with new vigor in the 1990s. Works by Ray Spillenger can be found in the collections of the Walker Art Center in Minneapolis and the Hirshhorn Museum in Washington, D.C.

Stebbins sums up Spillenger’s legacy: “Ray Spillenger forged his own style from an array of diverse influences. He was on one hand an heir to the Abstract Expressionist tradition as established by Kline and de Kooning. But he was equally a colorist, one who had learned from Albers and Hofmann. His paintings have the appearance of spontaneity, but in the end it is his control of difficult, muted colors that one remembers. Spillenger was a quiet man who made quiet works, often of modest size, where color and form interact seamlessly. His engaging, often moving, paintings require another look, and they deserve a new audience.”

The Neuberger Museum of Art, Purchase College, State University of New York is the premier museum of modern, African, and contemporary art in the Westchester/Fairfield County area. An outstanding arts and education institution, the Museum was conceived with the dual purpose of serving both as an important cultural resource to its regional, national, and international audiences, and as an integral part of Purchase College. Support for the Museum’s collection, exhibitions, publications, and education programs is provided by grants from public and private agencies, individual contributions, the Friends of the Neuberger Museum of Art and its Board of Directors, the Purchase College Foundation, and the State University of New York.

The Museum is located at 735 Anderson Hill Road in Purchase, N.Y.  (Westchester)