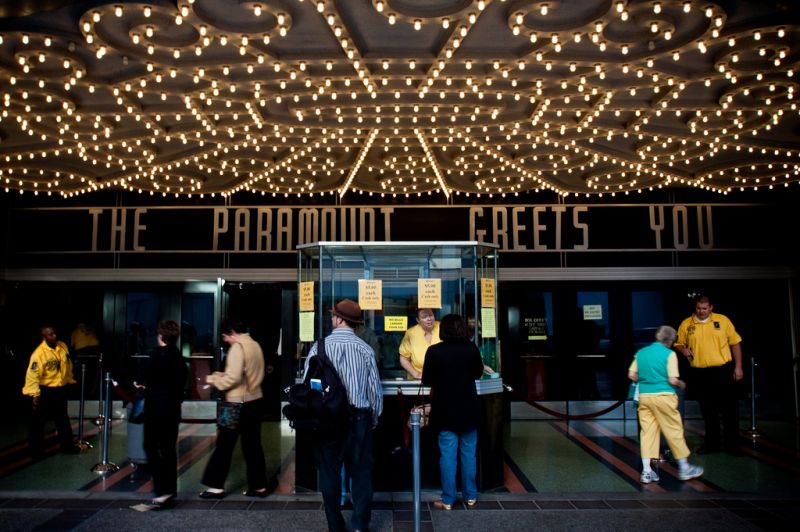 Movies that bomb at the box office — the worst of which fail even to match the cost of their production budgets — leave investors, producers, studios and distributors stuck with the loss. For many box-office flops, the reason for the failure is evident in bad acting, poor casting, weak writing or a lack of imagination. In other cases, a movie bombs because it cost too much to make or didn’t live up to the hype that surrounded its release.

Some movies, however, dazzle critics, dominate festivals, draw cult followings, define their genres and, in some cases, change the course of movie history — all without ever turning a profit.

PrettyFamous wanted to look at movies that earned critical adoration and accolades, but whose box-office earnings didn’t justify their budgets. Every movie on the list has stellar ratings on review-aggregate sites like Rotten Tomatoes and Metacritic, yet they all suffered domestic box-office ratios of less than two. This ratio is calculated by dividing a film’s historic box-office gross by its budget.

“Man on Wire” is a stunning film that soars to dizzying heights both literally and metaphorically. The documentary details the incredible true story of an eccentric French tightrope walker whose team went to extraordinary lengths to make it possible for him to tiptoe from one World Trade Center tower to another — without the benefit of a safety net.

Research Thousands of Films on PrettyFamous

This inventive piece of storytelling follows a man who is forced to face unpleasant realities about his family that come up during a 60th birthday party. The movie was lauded for its bare-bones, understated approach to film.

Both the New Republic and the Chicago Tribune gave this Sarah Polley masterpiece a perfect 100. Somber, sharp and brilliantly acted, the movie chronicles the evolution of the life and love for a woman ravaged by Alzheimer’s disease.

When it was released in 1989, this full adaptation of Hamlet featured an all-star ensemble cast. The director, Kenneth Branagh, not only got the most out of an eclectic cast, but he played King Henry.

An examination of both love and technology, “Her” received perfect scores from the Arizona Republic, the Christian Science monitor and the Philadelphia Inquirer. The movie follows a man who finds the love he craves in companionship from a computer operating system.

A gripping examination of the brutal French response to a colonial uprising, “The Battle of Algiers” was released in 1966, but visits subject matter with contemporary significance, such as terrorism, global military conflict and the use of torture to elicit information. The black-and-white movie was so well received, in fact, that the Pentagon held a special screening of the film in 2003.

The true story of climber Aron Ralston is as inspirational as it is gut-wrenching and difficult to watch. Harrowing and intense, the movie — which delighted critics when it was released in 2010 — chronicles the trials of a man who finds himself trapped, gravely injured and alone in the rugged, unforgiving Utah wilderness.

Brie Larson was widely acclaimed for her lead role in this emotional and gritty look at life in a group home. The story is revealed in pieces through flashbacks from Larson’s character, a young adult who lived in a home for troubled youth.

In 2001, 19 years after its release in 1982, the BBC referred to “Blade Runner” as “arguably the most famous and influential science fiction film ever made.” The movie steered the science-fiction genre and influenced popular perceptions of what the future might look like.

Based on a novel of the same name, “The Sweet Hereafter” received critical acclaim that catapulted Canadian director Atom Egoyan into the mainstream. This touching story about family, community, death and healing won the top prize at Cannes and made strong showings at other major film festivals.

Bill Murray’s extraordinary performance displays the actor’s diversity and anchors the movie. The tale about kids at a rich prep school, however, is buoyed by strong showings from the entire cast, including college friends and co-writers Owen Wilson and Wes Anderson, who directed the cult classic.

With an average rating of 9.3 out of 10, “Seven Samurai” scores a perfect 100 on Rotten Tomatoes. Critics praise the storyline as highly as they praise the stunning imagery, intense action sequences and memorable characters.

“Letters from Iwo Jima” is one half of an ambitious look at the Battle of Iwo Jima from two different perspectives. The movie’s counterpart is “Flags of Our Fathers,” another highly acclaimed movie that Clint Eastwood unveiled in 2006.

Although several excellent documentaries emerged in the years preceding the 2007 release of “No End in Sight,” most avoided politics by focusing on the personal experiences of individuals caught up in the mix. This widely acclaimed documentary, however, broke the mold by delving into acute historical analysis.

In 1999, the New York Times reported that one movie “floored” audiences so thoroughly at the Cannes film festival that it quickly became the unofficial festival favorite. The movie was “The Straight Story,” a gripping, powerful G-rated tale of an aging man who embarks on an extraordinary journey to see his estranged brother.

#7. Blue Is the Warmest Color

Passionate, intense and highly sexual, “Blue is the Warmest Color” dazzled the Cannes Film Festival in 2013. Stellar performances by the two leading actors glue together the sprawling, three-plus hour movie.

A companion piece to the equally brilliant “The Secret Garden,” 1995’s “A Little Princess” is essentially a children’s movie — but it plays equally well to adults. The highly stylized, bold movie tells the story of a young girl of privilege, whose life and status suffer a dramatic decline when her father is killed in World War I.

#5. The Diving Bell and the Butterfly

The Hollywood Reporter, the Wall Street Journal and New York magazine all gave “The Diving Bell and the Butterfly” 100 points out of 100 possible on Metacritic.

The viewer experiences the film from the disturbing point of view of the central character — a man who has awoken from a devastating stroke aware and lucid, but nearly paralyzed physically.

Filmed on all seven continents over the course of three years, “Winged Migration” is a cinematographic masterpiece that leans heavily on stunning aerial shots and a new-age score. The movie reveals that for birds, migration is not a mystical pilgrimage, but merely a matter of survival.

Not to be confused with the 1989 sea monster flick of the same name, “Leviathan” receives a whopping 99 percent rating on Rotten Tomatoes. According to Rolling Stone — which gave the Russian tale about the the evil of absolute power — “‘Leviathan’ brushes harsh reality with cinematic grandeur.”

“Brazil” is the second in a Terry Gilliam trilogy that was preceded by “Time Bandits” in 1981 and followed by 1989’s “The Adventures of Baron Munchausen.” The New York Times called it “enormously ambitious” and “wild, visually audacious satire.”

“The Past” was the 2013 follow-up to Asghar Farhadi’s “The Separation,” a 2011 global sensation that put Iranian cinema on the map when it won an Oscar for Best Foreign Language Film.

Although famed critic Roger Ebert called “The Past” “another brilliantly mounted drama,” it never matched the box-office success of “The Separation.”

Note: The visualization above plots U.S. box office data against average critic ratings. It does not include budget information, which is necessary to determine whether a film was a flop or not.