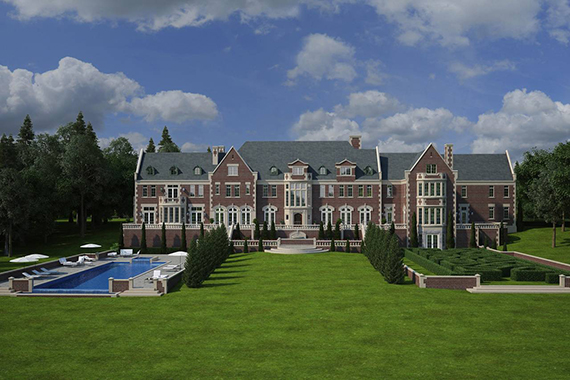 Westchester’s priciest home just got pricier, after developers renovating the century-old house decided to re-list it with a different broker for $36 million.

The 98-acre property in Mount Kisco, N.Y., previously listed for $29.5 million in April – making it the most expensive home in Westchester County. But developers Soder Real Estate Equities and Twin Oaks Construction, who are restoring and expanding the house to around 23,000 square feet, have hiked the ask by 22 percent after changes to the design and materials used.

“When we looked at what we’re going to be putting in from a dollars and cents standpoint, it got to the point where we said, ‘We’ve got to raise [the asking price],” David Fenton, CEO of Twin Oaks, told the Wall Street Journal. The revised alterations include a larger pool and the use of more limestone on the house’s exterior.

Soder Real Estate bought the property in March for $7 million, with the developers initially co-listing it with Westchestser brokerages Julia B. Fee Sotheby’s International Realty and Ginnel Real Estate.

But Soder and Twin Oaks decided to switch to a Nest Seekers International team of Melvin Caro, Paul Andrew Nolletti, David Sokolowski, Ryan Serhant and Anthony Chan, who are marketing the home internationally – even planning a trip to China this fall on behalf of the listing. orbex prime rocket

This was originally posted in The Real Deal.