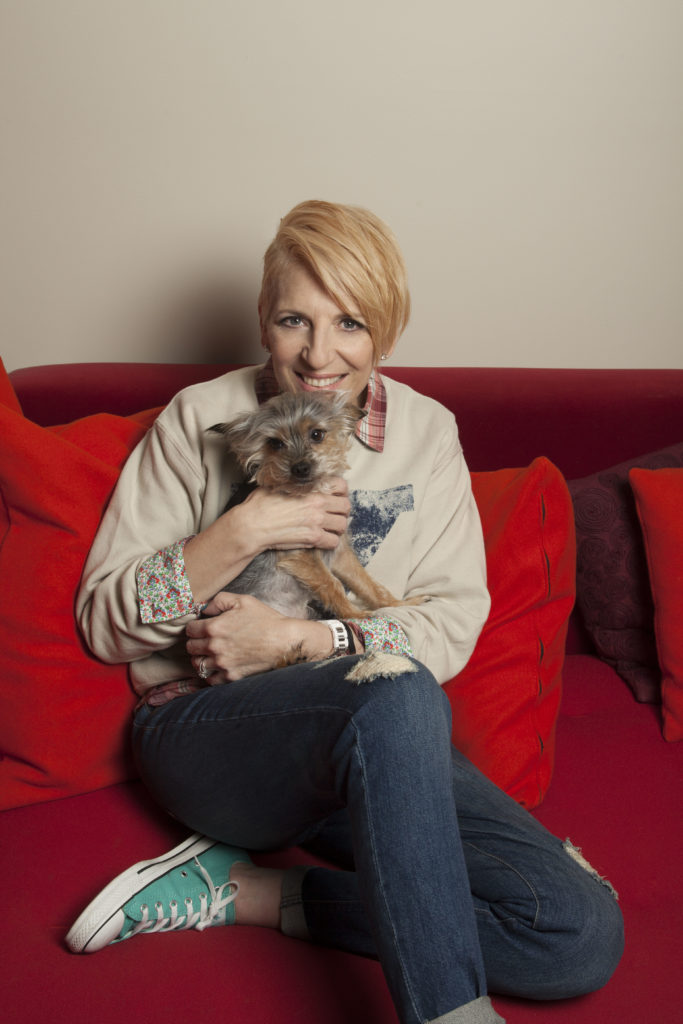 Lisa Lampanelli spares no race, ethnicity, religion, creed, stereotype, color, gender, sexuality, or personality when it comes to cracking jokes… all will be insulted, including herself and you, the innocent audience member.

Comedy’s Lovable Queen of Mean is back to the drawing board with a fresh look and even fresher comedy as she heads to The Palace Theatre in Stamford this Saturday, September 24. Heralded as “more than a standup — a standout,” by comedy legend Jim Carrey, Lisa Lampanelli is a cross between Don Rickles, Archie Bunker, and a vial of estrogen. Known for saying things that most people are afraid to think, Lampanelli’s raunchy, gut-busting performances are wildly popular at theaters across the U.S. and Canada.

Time Out New York: “Lampanelli has one of the meanest acts out there — and people love it.”

Lampanelli not only has a radically different look after having lost 100 pounds and getting a funky new haircut, she’s gotten a divorce and has re-started her life as a 53-year-old single “girl.” Lisa’s act at The Palace will combine deeply personal bits about her recent life challenges with her trademark audience insults. The result? A hilarious, insightful blend that is her most revealing, clever, and hysterical stand-up special yet.

King of All Media, Howard Stern: “L.L.! Lana Lang, Lois Lane, Lex Luthor, and now the greatest of them all — Lisa Lampanelli. She’s the one person who will be invited to a roast and destroy everything in her path and leave you wondering who could follow her. Lisa will steal the show every time, whether it’s on my radio program or on any stage anywhere doing stand up. And don’t forget — she has those iconic initials that all great people have in Superman comics — L.L. I love Lisa and so should you…a true original and a brilliant comedy mind.”

Want even more Lampanelli? The equal opportunity offender has parlayed her love of Broadway into her own stage show, Stuffed, which will be presented at the Women’s Project Theatre in New York. In this original show, Lisa tackles weight, body image, and food issues from the perspective of four very different women with four very different problems. Delivered both in monologues and as interactions between the characters, the stories the four women tell are full of humor, soul, and passion, and will resonate with everyone who has struggled with food issues – or indeed, an addiction or compulsion of any kind.