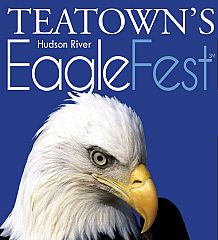 BALD EAGLES IN THE HUDSON VALLEY

Each winter, between December and March, bald eagles from Canada, northern New York and New England fly south to the lower Hudson Valley to feed on fish and waterfowl found in unfrozen waters. The bald eagle, which was considered an endangered species prior to 1995, shed its federal endangered species status in 2007. Today, biologists estimate that about 150 bald eagles overwinter in the lower Hudson Valley. Every year the bald eagles’ return affirms the continued health of the Hudson River and nearby habitats for wildlife and people.