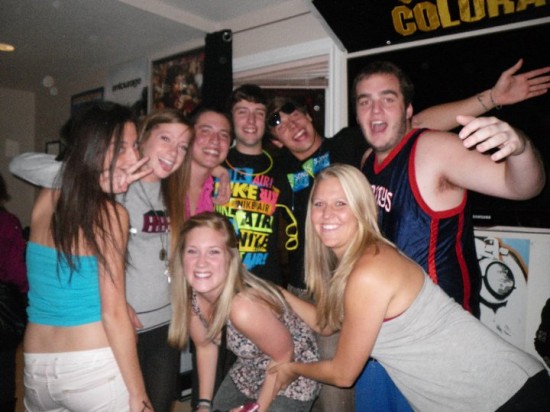 1. You need to be well-rested.

Once you move in to that dorm room, with your new roommate who microwaves smelly burritos every morning at 4 am, you can say good bye to a “Good night’s sleep.” Also, you’ll need it to party 7 nights a week while still making it to 8 am classes.

2. Parent’s Credit Card for “Emergency Use Only” 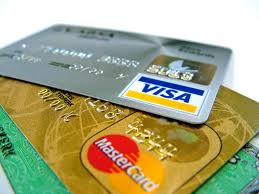 Your parents will be so overcome with concern for you, their baby, going to college all alone that they’ll forget to worry about what you’ll actually do with their credit card once they give it you- for “Emergency Use Only,” of course.
What really constitutes an “emergency”?
Within a few days of college, you’ll quickly learn that emergencies range from running out of beer at a party to running out of beer in your dorm room mini fridge. Cheers!

3. A new, cool persona and/or wardrobe (if necessary).

Let’s all admit it, college is the biggest “do-over” of your life. You get to take all those awkward high school facts about you that everybody knows (like how you peed your pants in elementary school until the 4th grade) and then flush them from your mind immediately. Because once you go to college, nobody knows you! So you’re free to be who you want. This a great time to change your name up (but hopefully still to some variation of your actual name, or that’s just weird), get rid of some old habits, or get that plastic surgery you’ve been waiting for. As long as you pick a good surgeon, nobody will ever know!

Nothing says “I’m a Freshman” like going to your first big college game and- gasp- not know who your biggest rivals are. This is a common freshman faux-pas, so heads up. It’s nothing a quick internet search can’t cure. The best way to go about this is to search through major Facebook groups in your college network, as they are sure to be hundreds that send ill and bad will to your school’s rival. For extra coolness points, join the most popular one. You’ll look like you actually care.

If you’re a girl, the power of being a Freshman is unparalleled in college. Frat parties open up to you and sororities can’t wait to meet you. You’re the new girl on the block and everyone wants to get to know you. So don’t be shy. Saying you’re a Freshman might indicate your Under-21 status, but it will certainly open some doors for you. This was my favorite tactic when I was a Freshman, and now as a Senior I still try to pull it off.
If you’re a guy, you might not want to flaunt your Freshman status as much. Frats will want to trick you into rushing, which leads to pledging, which means weeks of tasks and chores akin to what you see in every stereotypical college movie- only worse and not funny with often hideous outcomes. You can’t go to a Frat party if you aren’t in the Frat, so this is something to be seriously considered.

The drinking age in America is 21. And you’ll probably be 18 when you arrive at college. But everyone knows you’ll probably drink anyway, and nobody really cares as long as you keep it under control and aren’t hanging out with the cops. Possession of a fake ID can land you into some serious trouble, and I have seen friends go through some less-than-stellar scenarios as a result. But if you insist on having one, at least take my little legal-loophole trick (not guaranteed). Take a real ID off of someone older and of the same sex as you (and, if possible, someone who you kinda, sorta look like in the dark). If you get caught, you’re still in trouble. But at least you have the option of saying you were holding onto it for whomever you took it from in the first place, or that you grabbed theirs by accident. It’s worth a shot, but keep in mind, I’m no legal counselor.

The summer just begun, so you have plenty of time to stock up on quarters, the college-preferred currency. Quarters get you everything, from the washing machines you’ll use three time all semester to the frozen Hot Pocket in the vending machine you’ll be eating three times a day. Bring one of those huge water cooler barrels full of quarters to college, and you’ll be the coolest kid in your dorm. Just think of all the people you’ll meet through changing their bills!

My biggest regret from my Freshman year was that I waited to invest in Tupperware until my Sophomore year. If your college is anything like mine, you’re required to buy an on-campus meal plan which allows you to eat a certain amount of times a day at an on-campus dining hall, which each day offers the same exact food at a terribly low quality for the price of Maine lobster. It might be exciting to run to the dining hall with friends at first, but before long you’ll be feeling all sorts of college-lazy and you’ll wish you didn’t have to leave your computer to have a quick snack. Well, get back at the caterer who serves you pasta as overpriced as it is overcooked- and take home some extra portions in your Tupperware to save for later. (This also reminds me, you might want a microwave in your room as well as a mini fridge. That’s luxury.)

They don’t call it the “Freshman 15” for nothing, although in many cases they ought to call it the “Freshman 50.” You will gain weight in college, that’s just a fact. So accept it now, stock up on some baggy sweatpants this summer, and be prepared. Having daily meal options that range from “Hot Pocket” to “Easy Mac” and drinking like an alcoholic will pack on the pounds faster than a pregnant elephant. Not to mention that you probably won’t move all day, every day, from your dorm room until it’s time to party- in which case you’ll sit on some dude’s couch all night drinking beer. Don’t despair, because everyone will gain weight in approximately the same rate that you will, and until you becomes Sophomores and new skinny Freshman arrive on campus, nobody will be able to tell the difference.

You have no idea how jealous I am of all the Freshmen, year after year. I remember when I went through it myself- it was intense, it was scary, it was crazy, it was hilarious, and it was the best time of my life. It was a time when a case of beer and 15 other people could turn any random Wednesday into the best night ever. I remember it being so surreal when my parents left me- just left- when three nights ago back at home I still had a curfew. There were no parents or teachers or supervisors around. Just a couple thousand kids my age ready to party. I would do anything to do it over, but like they say, you can never go back. So make the most of it, because Freshman year only happens once (if you fail the year, you’re technically still considered a Sophomore, who eventually becomes a “Super Senior.” I’m actually jealous of these people too).