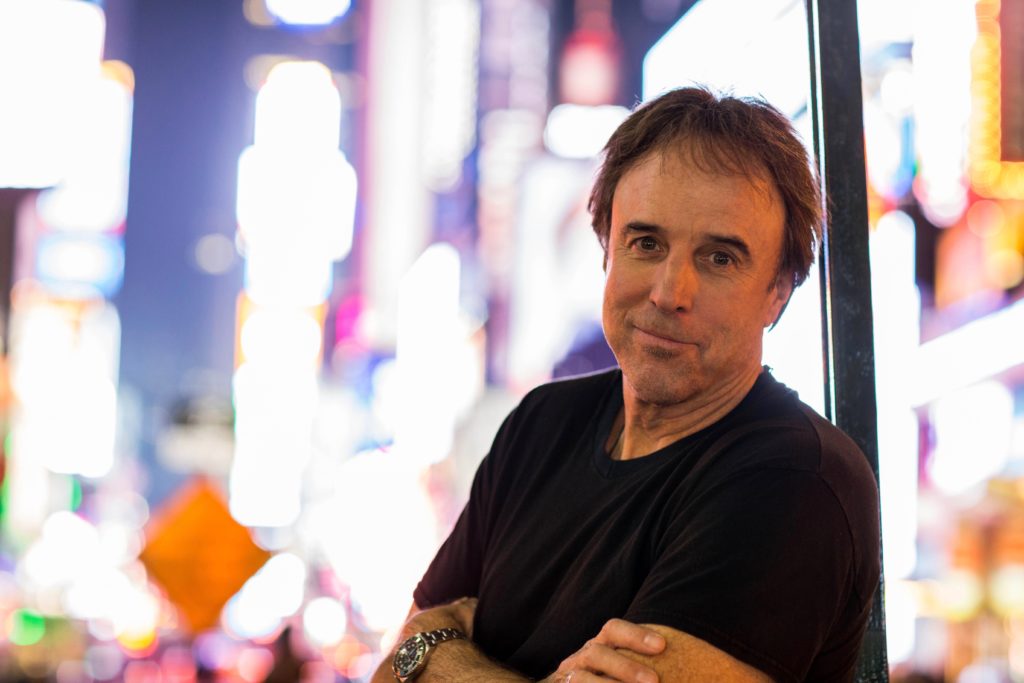 Actor and stand-up comedian Kevin Nealon is best known as a cast member of “Saturday Night Live.” You’ve also seen him as Doug Wilson on the smash hit Showtimes series “Weeds,” and he is a favorite of Adam Sandler’s films such as “Happy Gilmore,” “The Wedding Singer,” “Joe Dirt” and “Little Nicky,” among many others.  Now see Kevin Nealon return to his stand up roots when he brings a night of his signature comedy to The Ridgefield Playhouse on Thursday, May 4 at 8 p.m. as part of the Barts Tree Service Comedy Series.  In this one night only performance, which is partially underwritten by Bruce Bennett Nissan, Nealon will have you laughing in the aisles with his dry wit and unique sense of humor.   As one of the longest running cast members on NBC’s Saturday Night Live (1986-1995), Nealon created some of the show’s most memorable characters, including ‘The Subliminal Man’ and ‘Hans and Franz.’ Nealon’s reoccurring role as an anchor on ‘Weekend Update’ made the sketch a show staple. In 1988 Kevin earned an Emmy Award nomination as part of the SNL writing team. Nealon is also a Connecticut native – raised in Bridgeport and received a degree in Marketing from Sacred Heart University.  Make it a great night out with dinner and a show!  Visit GALLO (5 Grove Street, Ridgefield) for dinner before the show and get a free glass of house wine with your entrée when you present your tickets!  Media sponsor is 95.9fm The Fox

Nealon has found great comedic success in his extensive film career. In “Anger Management,” he played opposite Jack Nicholson and fellowSaturday Night Live comedian, Adam Sandler. He and Sandler also teamed up in “Eight Crazy Nights,” “The Wedding Singer,” “Happy Gilmore” and “You Don’t Mess with the Zohan,” the latter of which grossed over $200 million worldwide. In “Joe Dirt,” Nealon joined another Saturday Night Live alumnus David Spade. Kevin’s other film credits include “Daddy Day Care” with Eddie Murphy, “Good Boy” with Molly Shannon, “Roxanne” with Steve Martin and the cult hit “Grandma’s Boy” with Jonah Hill and Nick Swardson.  He currently stars in the CBS comedy “Man With A Plan” alongside Matt Le Blanc.

In late 2009, Nealon’s first one hour stand up special, “Kevin Nealon: Now Hear Me Out!” aired on Showtime to rave reviews.  Nealon’s second standup special for Showtime. “Whelmed…But Not Overly,” debuted in August, 2012.  Kevin provided the voice for the title role in the Nick At Nite stop-motion animated series Glenn Martin, DDS. He starred opposite Catherine O’Hara and Judy Greer in the series that followed the adventures of a traveling dentist and his family.  A sought-after guest star on television, Kevin has appeared on Hot In Cleveland. Franklin & Bash, Monk, Fat Actress, Curb Your Enthusiasm and Still Standing.