As we enter 2023, it seems that resolution pessimism endures amid the results of a new
“gut check” diet resolutions poll from wellness gamification pioneer HealthyWage —the world’s leading purveyor of money-driven diet contests and challenges for individuals, teams and corporate wellness groups that, to date, has paid more than $52 million cash rewards for a collective 3.6 million pounds lost.

Perhaps unsurprisingly, the majority of respondents (53.07%) intend to resolve to lose weight or increase their fitness level in 2023. Gloomy poll results further reveal that the vast majority of New Year’s resolution-makers (fully 86.67%) believe they will not stick to it and fail to accomplish their goal—with a decidedly frank 14.95% indicating there’s “not a chance” of them succeeding with it. 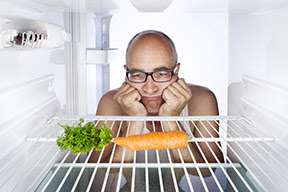 Among the 82.88% of folks who indicated they have made some kind of resolution in the past, those intentions have often proven futile—and shockingly fast with an unfortunate 21.08% going by the wayside in the first two weeks of January, pushing up to 39.42% in just the first 1-2 months of the New Year. The primary culprit? Nearly one-third (31.53%) cite “lack of willpower” as their point of peril, with nearly the same amount of respondents (30.63%) blaming a “lack of motivation” for their resolution dissolution.

It seems there’s a need for a point of inspiration, enthusiasm and incentive to instill the resolve needed to stay the course… especially while at work as the majority of respondents (25.23%) blame a “busy work schedule” for difficulty in maintaining a healthy diet or fitness regimen.

With all of this in mind, when asked if a cash prize incentive would “motivate you to stick to a diet, fitness or weight-related New Year’s resolution,” about half of pollsters (42.34%) asserted a resounding “absolutely, no question about it” response. Nearly the entire other half (44.32%) of folks specified they are willing to think outside of the box and try, noting they are “not sure, but it would be worth a shot.”

Relatedly, when asked what they feel the primary advantage that cash prize-based diet contests and weight-loss wagering programs (individual or team-based) have over other weight loss methods, that all-important point of motivation manifested yet again. The bulk of respondents (nearly half at 43.6%) feel, “the opportunity to win money for my efforts would give me a significant motivation boost.” The next highest group (17.84%) underscored the power of having financial “skin the game,” affirming that “having to pay to ‘bet’ on my own success, with the opportunity to win much more money, would increase the likelihood that I would stick with the program.” For 14.23% of others, the element of competition—the “idea of winning over other contenders”—is what would “really drive them.” This as 11.89% of participants appreciate the sense of community, noting that “a team approach would give me the support and encouragement I need to stock with the program and strive for the prize money.”

Further to that point, when asked if they think “participating in a fun, team-based weight loss challenge with family/friends or co-workers would better motivate and encourage you to stick to your weight loss resolution versus going it alone,” cash clearly remains king. Over one-third (35.32%) said, “yes, the social team camaraderie would be very helpful, but a cash prize would be the primary motivation.” A close 32.25% feel keeping themselves obliged to someone else would be helpful, citing that “being accountable to others would make a huge difference.”

That accountability is seemingly most needed at nighttime, with the majority of respondents (20.61%) lamenting that during the “evening” is the toughest time to stick to weight loss or fitness-related resolution. What happens when they know they’re about to break a weight loss-specific New Year’s resolution? Sadly, nearly a quarter of folks (23.24%) “give in to temptation and eat the banned food.”

About HealthyWage™
Industry-leading health and wellness purveyor HealthyWage provides cash incentives; social and expert-based support; goal-setting and tracking technologies; and other tools and resources to address our nation’s obesity epidemic and improve America’s collective health.  HealthyWage is at the forefront of the weight wagering movement, having formally created competitive, cash-fueled programs for more than 90 Fortune 500 and other companies, hospitals, health systems, insurers, school systems, municipal governments and other organizations throughout the U.S., and their program has been more informally run at more than 3,000 companies and organizations.  The company was founded in response to academic research that proves even small cash rewards triple the effectiveness of weight-loss programs; that people are more effective at losing weight when their own money is at risk; and that social networks play a large role in the spread of obesity, and will likely play a large role in reversing obesity.  Learn more online at https://www.healthywage.com/.