1. You are making a small prototype in Unity. This should be the type that people play on the bus on their way to work or while waiting for friends at a restaurant. Not what they would play on Friday nights for hours like Dota.

2. You are integrating some analytic SDKs.

3. You pitch the game to the publisher(in most cases you need it).

4. The publisher makes a small video ad for your game and promotes it on social media.

5. After 1-2 weeks, the publisher tells you the key metrics (Retention = how many people who installed your game came back to play it on days 1, 3, and 7. CPI = how much they spent on “buying” each user through advertising ).

7. You improve your game, integrate ads and embed purchases.

8. The publisher buys even more users and checks how much money is earned from serving ads. You usually go back to step 7 several times until the game is profitable.

9. When the game starts to make a profit, the publisher starts spending thousands of dollars every day on user purchases and promotes your game to the top.

10. Throughout the year, you are constantly updating and making money. 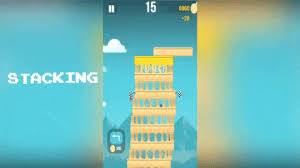 The most simple control

Hyper-casual games are “everyday” games that are convenient to play anywhere: in transport, at a bus stop, in a queue or in a traffic jam. It should be possible to play them with one hand – if the user is in the subway or bus and at the same time holds on to the handrail. Therefore, in hyper-casual games, they usually use portrait orientation and simple controls: tapes or swipe. Thanks to this, the user can simply rotate the things without lifting his finger from the screen until they are assembled into a picture.

Simple controls should be laid down at the stage of design and, ideally, even built around the mechanics.

How to make hyper casual game

You can speed up the process of immersion in hyper-casual by using the well-known mechanics that were once “fired” in other games. In this case, your own gaming experience will help the user understand the controls.

For example, the visual style of Tomb of the Mask is reminiscent of the arcade games of the 1990s, which used the same mechanics (Avoidance). The user has seen them before and therefore guesses how to play and, thanks to this, it is easy for him to understand the gameplay. However, the game looks like a simple arcade only externally, inside it there is a lot of manual work by the level designer, a large amount of content, specific pixel graphics, and other small but important details in the game.

We need to strive to ensure that the core mechanics are intuitive. Ideally, the player should understand what to do and where to click, without tutorials or explanations. With the help of taps, the user shoots a weapon and, using pure physics (recoil force), tries to raise it as high as possible. The user sees the tutorial only once, before the very first game, and he no longer has any questions about what to do.

In the hyper-casual genre, certain standards have developed by Kevurugames.com, as a player spends an average of 25-35 seconds on one attempt to complete a level. Because of this, this genre usually doesn’t have a pause mode. Such short sessions allow the user to easily get distracted and come back when there is a pause of a couple of minutes again.

To speed up gaming sessions, you can make the levels shorter, reduce the number of screens (for example, abandon the level map), remove the training mode (why is it needed if the mechanics are intuitive?).

1. Short game projects. You don’t have to spend 6 months on making hyper casual games to find out that people or the press don’t like them. You make it in less than a month and very soon you will know if it will be a hit or not.

2. Money. Yes, you can make a lot of money from these seemingly tiny ones. Quite often you can earn $ 500k – $ 1M on a popular hyper casual ones.

4. Available for most developers. You don’t need to visit the GDC, set up a booth, talk to the press, make posters, or hold meetings with publishers. You just sit at home or in the office and make small ones. The evaluation of hyper casual games is unbiased and independent of influencers at IGN or any editors in the App Store.