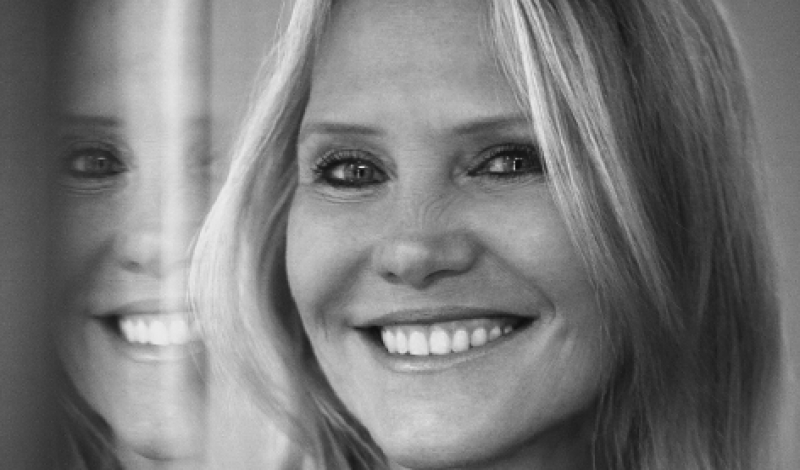 Did you always know that you wanted to be in marketing?

Actually, growing up I wanted to be a pediatrician. Talk about a total change!

What was your first job in the industry?
I was working for Revlon on a brand called Formula II cosmetics that no longer exists. I went to Smith College, and I was hired by a woman there who had also graduated from Smith, but I failed the writing test initially. In those days, you had to be able to type 55 words a minute and I think I could only type 50. But I have to thank her, because she had the vision to hire me regardless.

You spent 17 years at Chanel. How does that experience inform what you do now?
Chanel is really known for its consistency across all channels, and they are completely focused on high-end luxury. I like to say that I went to the University of Chanel because of that experience. Everything you do, every single day is about consistency and a message. There are no degrees of separation in the core messaging, and that’s really what I’m bringing to Stuart Weitzman.

What enticed you to work at Stuart Weitzman?
This is a dream job. I actually hit the trifecta: I get to work with Stuart and our CEO Wayne Kulkin, who has been with Stuart for 24 years, and thirdly, I now have an incredible wardrobe of shoes. But what’s inspiring on a day-to-day basis is that this company is still very much entrepreneurial in its approach to doing business. It’s a 29-year-young business, and Stuart has been profitable every single one of those years, except during the recession in 2008.

What was your initial goal as CMO?
Ultimately, the goal was to be a coveted brand appealing to the next generation, so we needed a communications strategy that could live globally and across all touch points. It was about moving the perception of the company from that of being a great shoemaker and vendor to an international and desired name in the luxury retail marketplace. When I came on, Stuart Weitzman had a history of quality products with functionality and craftsmanship so he had a unique story, but at that point he wasn’t a brand that had bragging rights. Stuart Weitzman, the man and the brand, was known as a shoemaker and a wholesale vendor. As a starting point, that was really great, because he was commercially successful and profitable. There was opportunity to elevate the brand image and how people perceive the brand.

How did you manage to infuse the brand with a younger, trendier appeal?
In terms of the marketplace, we live in a white space. We like to call it entry price point to luxury. What Stuart has done so brilliantly is to combine function and fashion. It goes back to our core DNA. The shoe, in Stuart’s opinion, must feel as good as it looks and look as good as it feels. There are very few people who can do this, and Stuart is brilliant this way. He literally touches every single style that we produce. Ultimately, our goal is to make every woman smile, and you won’t be smiling if your feet hurt.

Why did you bring in Mario Testino to work on the campaign?
We needed a distinctive visual vocabulary that was multigenerational in its appeal. We began our brand journey with Mario Testino because he’s a renowned portrait photographer, and ever since the brand’s first shoot with him in 2011, he has articulated that Stuart Weitzman is the first thing you put on in the morning and the last thing you take off at night.

Did the brand notice immediate results?
We did, and it wasn’t that we set out to necessarily just target solely a younger audience; we wanted to open up the point of access to them. But after the first several seasons, we saw immediate changes worldwide in the perception of the brand. Even landlords in retail that wouldn’t have welcomed a Stuart Weitzman retail store were now knocking at our door.

Gisele is the face of your Spring campaign. How does she embody the Stuart Weitzman woman?
When you look at the Spring campaign, you look into Gisele’s eyes and say, “Wow, she’s gorgeous!” but then you say, “I want to buy those shoes.” It’s really about the relationship she has with her shoes. The campaign always captures a woman’s sexiness in a natural and classic, timeless way. Gisele is the perfect Stuart Weitzman woman, because she’s sexy, confident, effortless, and inherently glam. She’s a sophisticated tomboy and a multitasking mom—she’s the quintessential girl next door who has basically married the prom king. We’ve entered the age of “Giselegance.” She’s not just the new face of the campaign, she’s also the new legs of the campaign.

What kind of woman are you marketing to?
I like to say we’re the most democratic of brands, because we have something for everyone. We have 600 styles a season. There is a multigenerational aspect of the brand—no matter what your age, you will feel good and proud to wear our shoes. For example, Kris Jenner, Kourtney Kardashian, Kendall Jenner, and Kylie Jenner have all worn us in the same week.

When has social media been most effective for you?
One recent example was when Gisele wore our Lowland boots to the Super Bowl. That photograph went everywhere, and we saw a huge increase in sales. We actually don’t have an agreement that we pay her to wear the shoes—she is only paid to appear in our campaigns. She just likes those shoes and wore them. It’s always fabulous when that happens.

What are the biggest challenges you face?
It’s the sheer number of channels that we are communicating in, the number countries we are doing business in, all the different cultures we have to be sensitive to, and the fact that we are all working 24/7 these days. It’s increasingly important to be part of the conversation in every single sphere.

Do you believe in traditional focus groups?
We certainly don’t make decisions in a vacuum, but that being said, we don’t use traditional market testing or paid market research. At the end of the day, I believe that it’s about more of an intuitive perspective on the business, and I always go with my gut approach. We have a unique focus group in general, though, because we are able to observe wholesale trends and we have editors in and out every single day. We also work with celebrity stylists on a worldwide basis, so we’re able to see what’s trending and ultimately make an informed decision.

Factoring in social media, are events increasingly important to brands?
The “Rock Roll Ride” video we launched during Paris Fashion Week was a proud moment for us as a company, because here we had Stuart Weitzman, an American designer, who literally had the best showing of Paris Fashion Week. We had a stellar group of “It” girls—Miranda Kerr, Ciara, Cara Delevingne, Dylan Penn, and Poppy Delevingne, who starred in the video directed byJulia Restoin Roitfeld. It really spoke volumes about where the brand has come in just three short years.

You recently won Footwear News’ CMO of the Year Award. How did it feel?
I picked up the honor on behalf of Stuart and our incredible team. I have the best in the business here. I grew up playing a lot of team sports. In high school, I was voted Best Female Athlete, and I actually feel that really comes into play when successfully navigating an entrepreneurial company and being able to move the needle forward. We are team Stuart.

What have you learned from Stuart?
I’ve really learned to trust my gut and take educated risks, because that’s how Stuart has run the company. When I was interviewing with Stuart, I was really struck by his passion and his dedication to the business.

Do you have a favorite pair of Stuart Weitzman shoes?
That’s like choosing a favorite child! This season, I’m really loving the Hijack and the Highland. But oddly enough, I still love running barefoot on the beach. 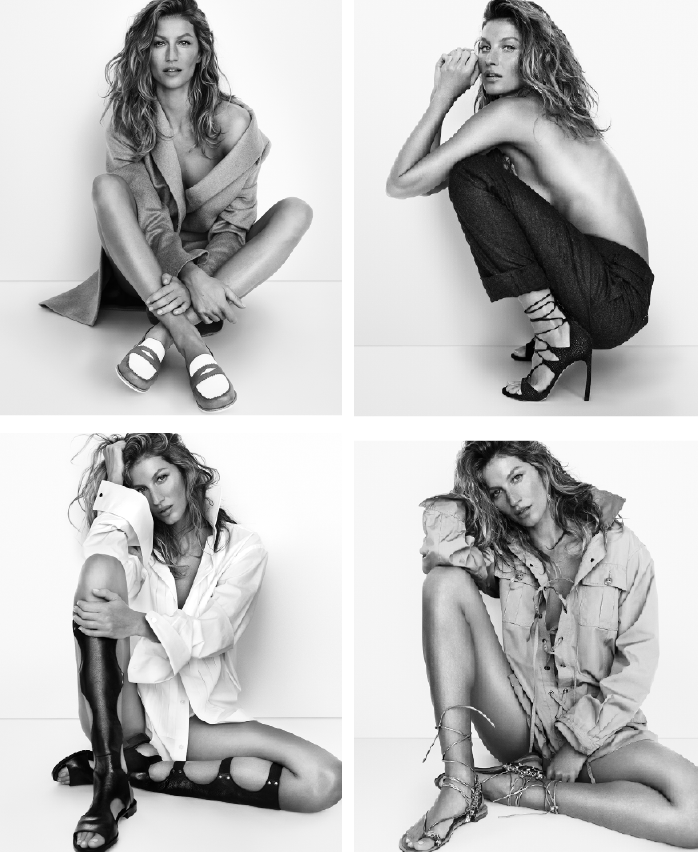 This article originally appeared on

fashionweekdaily.com Your one stop Daily fashion fix! Get up to-the-minute coverage on all things fashion, 24/7.