The #FREETHENIPPLE movement has been sweeping the nation, with celebrity supporters like Miley Cyrus, Cara Delevingne, and most recently Scout Willis who paraded around New York City, acting out in the fight for gender equality.  This army of passionate women will soon be portrayed in the upcoming film “Free the Nipple” directed by and starring Lina Esco, the American actress and activist who started the Free the Nipple movement. 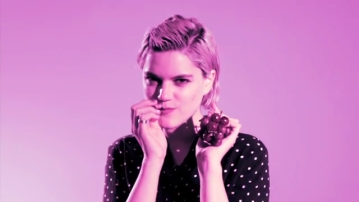 With this short statement (Everybody’s Gotta Eat), we wanted to communicate a strong but simple message:  women should never be made to feel indecent for feeding their children in public.  At their workplace, at the park, in a restaurant.  Anywhere.  We have heard from countless women who have expressed hesitation and fear when faced with the need to breastfeed in public.  They felt oogled, embarrassed.  We feel that this comes from a deep-rooted fear of the female form that pervades our society.  We believe this fear is a gateway to alienation, to censorship and ultimately to gender inequality.  The mission of Free the Nipple is to fight this fear, and in turn, provide a safer and more equal place for women in our world.