Elena Ulansky in front of Jessica Lichtenstein, Water Lilies, 2021, at the “The Stars of Tomorrow” Exhibit

Elena Ulansky is a managing partner at The Gorlin Companies, a single-family office, with more than 40 years of experience in investing and building companies in the biotech area. In addition, Ms Ulansky is a director of partner relations at Capital Geneve, a private swiss investment company. Elena is supporting several charitable efforts focused on facilitation of exchange in resources and information, to create new sources of income in “underprivileged” communities. Elena received an MFA at the New York Academy of Art almost 10 years after completing her MF from Moscow State Linguistic University. Elena is involved in the world of fine art, both from the standpoint of a creator of artworks and helping to promote young upcoming artists. Elena is a draftswoman, printmaker, and painter.

Ulansky rooted in the investment world for over a decade evolved her taste and appreciation in visual art. She has been able to follow her passion and study art for 3 years while continuing to work fulltime in finance. After receiving her MFA, she embarked on a challenging journey. A passionate lover of art and supporter of creative efforts led by women Elena aspired to engage New York Community to look at the art gallery building with a fresh eye.

With a help of talented and successful female curators Indira Cesarine, Ludovica Capobianco as well as fellow NYAA graduate Dayana Beseinova, Elena has managed to organize and co-curate three art shows over the summer season of 2021 in Southampton, NY. The vision behind this project titled “TethysArt” was to show a different view, provoke and instigate dialogue on even the most controversial topics through art.  Societal views are challenged and can be changed. The themes in each of the 3 curations of the summer 2021 season explore how culture and gender affect power, challenge dated social systems and biases, and explore larger notions of female constructs in contemporary society. They examine stereotypes and the behaviors of consumerism, unmask female (in)appropriateness, arousal, celebrity, and commercialism, and give a new voice to women.

From its inception in 2021 by Elena Ulansky and her co-founder Nitin Gambhir aimed to showcase art trends that bring together artists, art lovers, collectors, and curators alike. However, the idea reached beyond opening just another gallery. The team strived to create a place to trace lineages and establish connections between established contemporary artists and the upcoming “draft-choices” in the art world. The focus of the platform is to introduce new perspectives, facilitate discussions on controversial topics, and shine a light on art that could have a long-lasting impact. 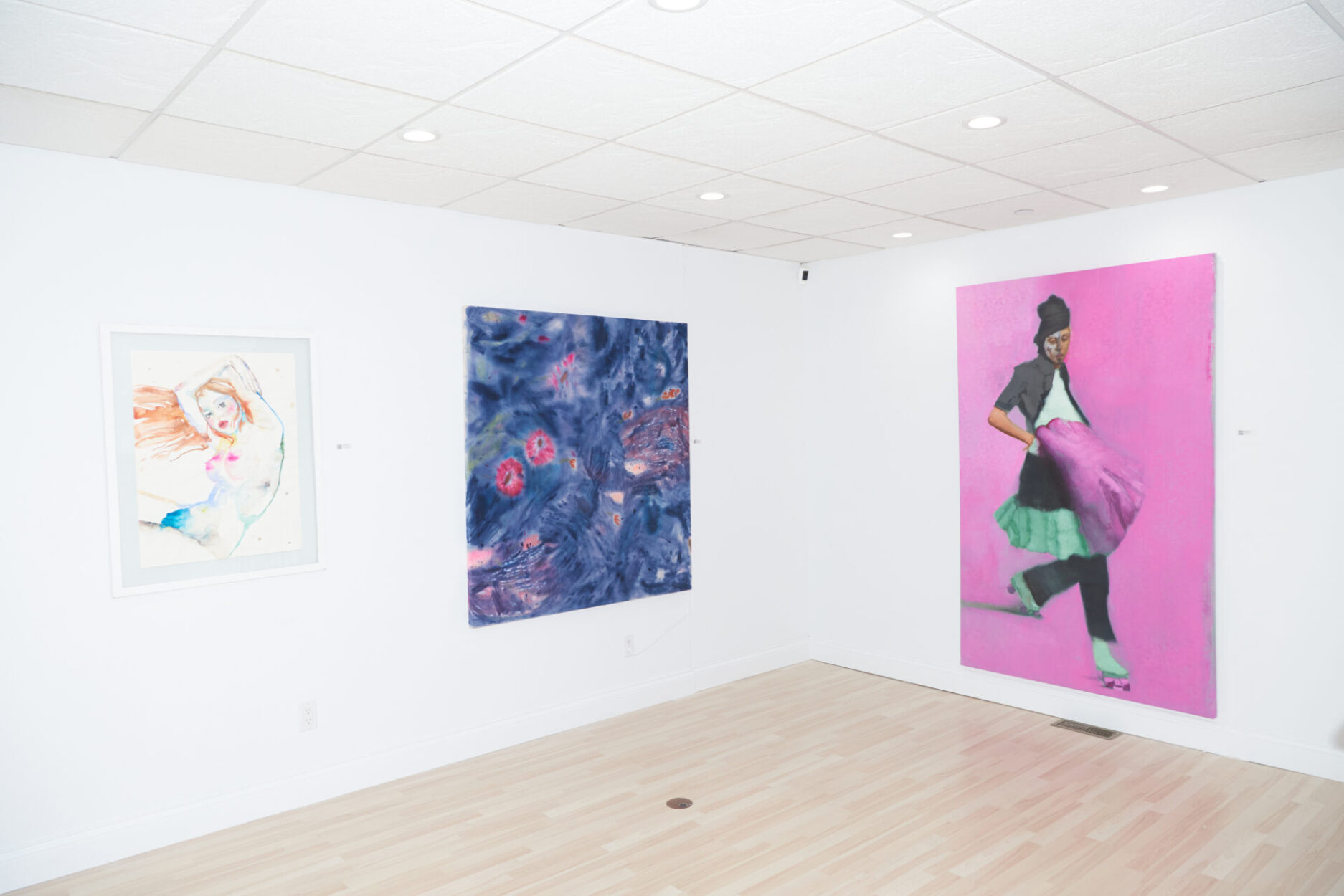 The season was kicked off with a show titled From Keith Haring To The Screen Generation dedicated to the conversation between street and digital art. Acclaimed pieces by Keith Haring, Richard Prince, Pieter Schoolwert, alongside upcoming NFT artists Fawn Rogers, Pearlyn Lii, and Elisa Swopes. The 20th century is defined by the creation of mass culture, and its ability to share ideas that affect political, cultural, and social changes via television, and later, the Internet. The creation of such mass-generated ideologies allowed for the development of a counterculture as young individuals look for more and more radical ways to express themselves and technology becomes a larger part of our lives.  While street art has found its way into institutional collections, the cultural revolution brought by the introduction of NFTs in early 2021 is just picking up speed. Digital art is nothing new; artists began experimenting with expression in the virtual realm in ’90s, but the increased accessibility to the Internet has created an environment for digital art to become mainstream. Digital creators and their newly built virtual infrastructure challenge the traditional art world’s idea of “what art is.” NFTs have disrupted the physical art world in favor of a completely digital one, triggered conversations around issues of ownership and artists’ royalties attached to NFTs, and allow us to imagine the future of digital museums and what that might entail.

The VIP opening night celebration on June 12th offered cocktails for industry insiders, with even a few sweet pups present to show their support for the new venture. Socialites Luciana Pampalone and Jean Shafiroff were among those in attendance. Tethys Art certainly became a must-see for any East End visit.

The second show The Stars of Tomorrow was focusing on juxtaposing established artists who have achieved recognition relatively quickly with emerging artists whose potential is compelling, this exhibition explores the evolution of an artist’s practice, and aims to help collectors recognize these talents earlier in their trajectory.  Collectors today are faced with the challenge of filtering through a plethora of contemporary art in a rather oversaturated market. As an artist and a co-curator, Ulansky, knows firsthand the issues collectors are facing when navigating the art world. Tethys Art aims to guide new and established collectors in building and enlarging high quality art collections through a strong selection of artists and artworks. The gallery exhibits contemporary art that has aesthetical and conceptual strength, and artists who have strong support from the New York and global art community. Tethys Art was made to stand out against the rest and offer a new type of gallery experience. Ulansky created a space that showcases art history, new perspectives, and opens up discussions about controversial topics. The goal is to give recognition to great works that could have a long-lasting impact in the field. “We focus on collectors who are starting on their art journey. We want to bring them over and show them what might be a good place to start,” said Ulansky. 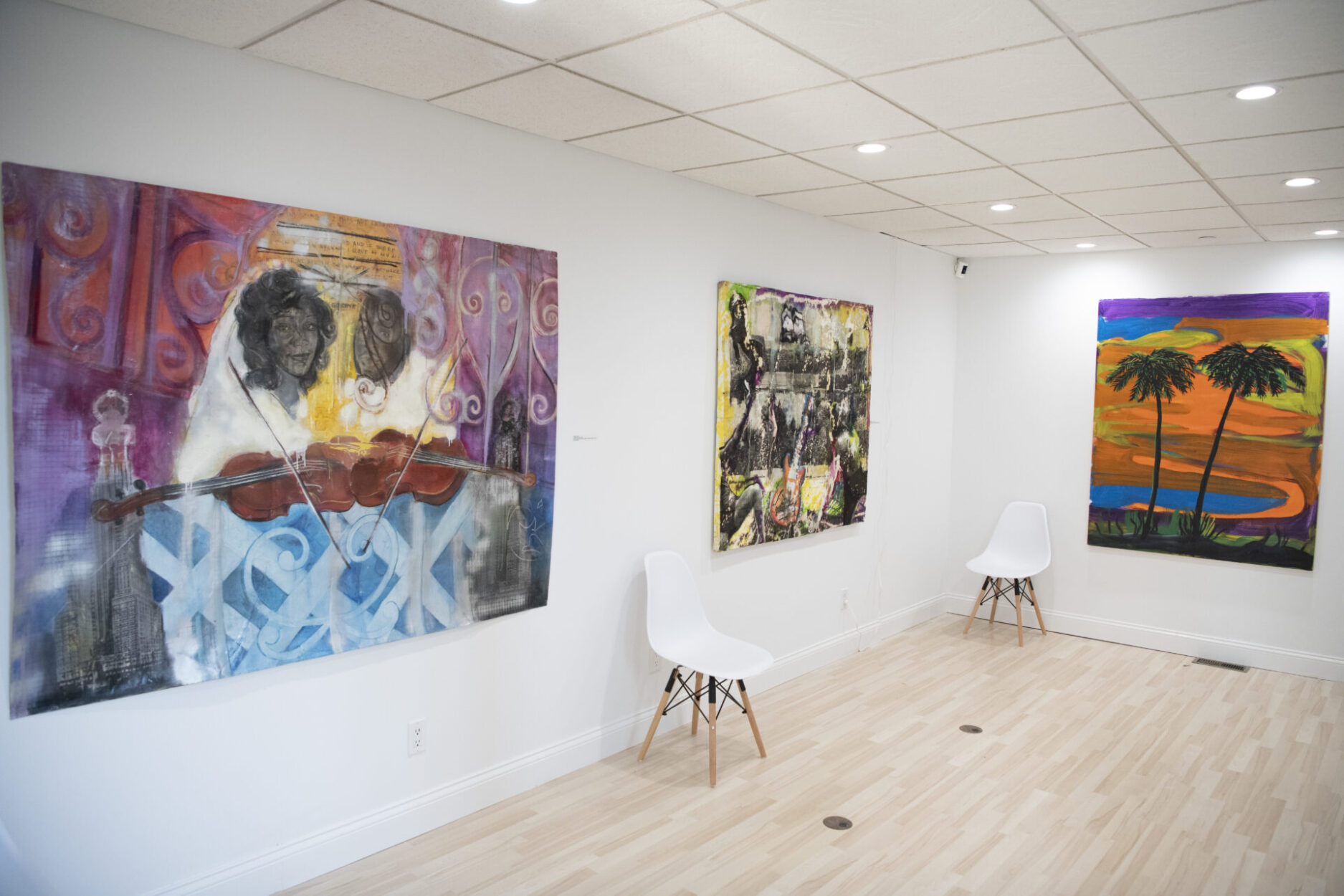 Les Femmes, a group show, which opened on August 21st and on view through September 6th is the 3rd and closing Summer exhibition presents the vision of several notable female artists including legendary artists Cindy Sherman and Barbara Kruger, pioneering feminists Robin Tewes and Grace Graupe-Pillard, and social media sensation Leah Schrager, as well as emerging voices including Fahren Feingold, Alexandra Rubinstein and Loren Erdrich. The theme of this show is especially close to Elena as she is aspiring to move into the artworld and gain respect from male counterparts. Les Femmes explores the contemporary narrative of the female gaze, while addressing the representation of women in contemporary culture and art. The selected artists are all at different stages of their development, from those who are making their first foray from art school and whose work has never been exhibited to those with a strong institutional presence. Tethys Art aims to make the collecting of art more accessible by navigating the art world for those who are approaching it for the first time to helping established collectors discover emerging artists that stimulate and complement their existing collections, which also evolve.  “Through exhibiting a diverse selection of both established and emerging artists, we want to engage with our clients to create new connections to help you broaden your perspectives”, – says Ulansky. We will work together with our clients to create new synergies, stimulate constructive dialogues, and exchange modern ideas.

The underpinnings of each exhibition reflect Elena’s core value, which is to curate quality art in a way that recontextualizes traditional constructs and generates new dialogues and synergies.

From its inception in 2021 by Nitin Gambhir and Elena Ulansky, Tethys Art aims to showcase groundbreaking art that brings together artists, art lovers, collectors, and curators alike. Meant to be more than just a gallery, it is instead a place to showcase art history, new perspectives, and facilitate discussions on controversial topics, as well as a way to shine a light on art that could have a long-lasting impact.

Already featured in June, 2021 during the inaugural exhibition were prominent artists including Keith Haring, Fawn Rogers, and Richard Prince. As Tethys’ program evolves, they aim to have exhibitions at international locations such as Aspen in the winter season, Cannes and Venice film festivals, Miami Art Week, and the south of France in the summer.