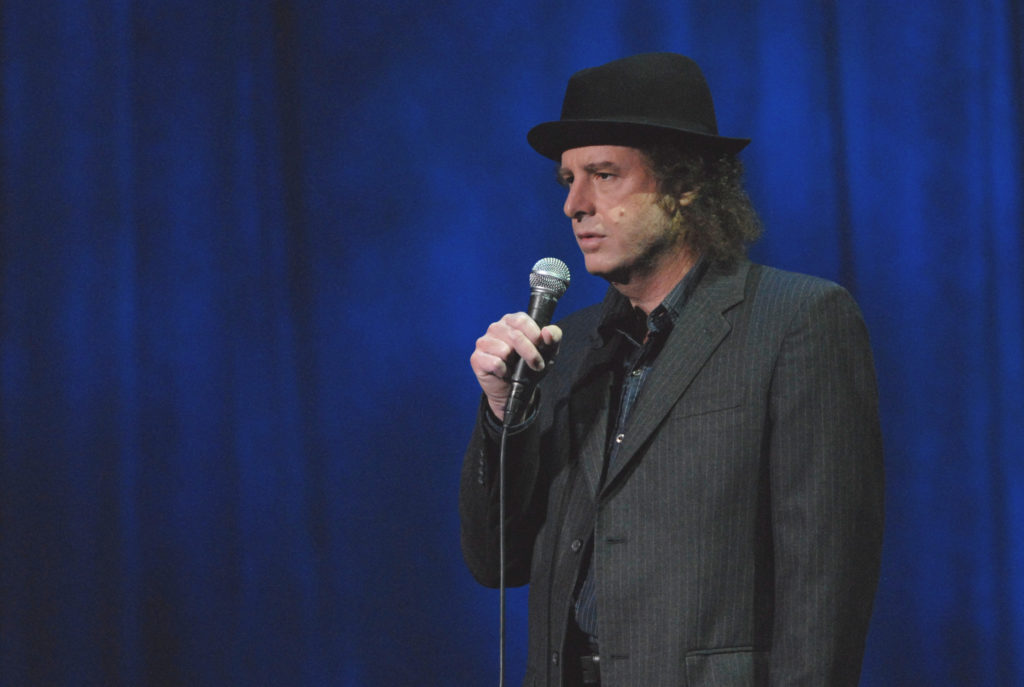 Stand-up comedian, actor, writer, and an Oscar-winning film producer Steven Wright is ranked as the twenty-third greatest comedian by Comedy Central in their list of the 100 greatest stand-up comics of all time.  Steven Wright returns to The Ridgefield Playhouse onFriday, October 6 at 8pm as part of the Barts Tree Service Comedy Series.  Wright’s 1985 comedy album I Have a Pony received critical acclaim and was nominated for the Grammy Award for Best Comedy Album. The success of this album landed him an HBO special which he recorded as a live college concert performance, A Steven Wright Special. By then Wright had firmly developed a new brand of obscure, laid-back performing and was rapidly building a cult-like following of hip, savvy fans and an onstage persona characterized by an aura of obscurity, with his penchant for non-sequiturs and subdued, slowly-paced delivery style only adding to his mystique.  Wright’s second Grammy nomination came after the release of his second album, “I Still Have A Pony,” in September 2007. In June 2013, Wright received The Johnny Carson Comedy Legend Award, given annually to a comedian who has been influenced by Carson and left their own mark on the comedy world. Past winners include Dick Cavett, Ed Asner and Cloris Leachman. Wright was nominated for an Emmy Award as a producer for the hit FX series “Louie” for the 2014 and 2015 seasons and also appears on Louis CK’s new web series “Horace and Pete.”   Make it a great night out with dinner and a show – visit Bailey’s Backyard (23 Bailey Avenue, Ridgefield) and receive 10% off when you show your ticket!  For tickets ($60), call the box office at 203-438-5795, or visit ,ridgefieldplayhouse.org.  The Ridgefield Playhouse is a non-profit performing arts center located at 80 East Ridge, parallel to Main Street, Ridgefield, CT.