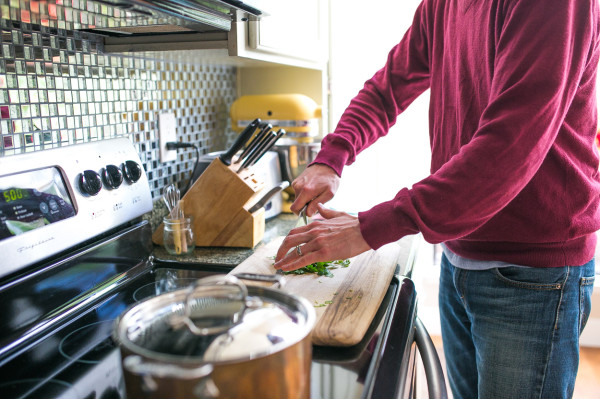 The recipe for a great love affair is found in the kitchen, according to a revealing new survey – and it seems the way to a cheating woman’s bed is through her stomach.

Victoria Milan – a dating website for married and attached people looking to cheat – asked 2,854 of its cheating female members whether they like a man who is good in the kitchen as well as the bedroom, and why.

Almost 7 in every 10 women say they prefer a lover who knows how to tantalize her taste buds by cooking up a storm – a change to their home life where only 40% say their husband puts some effort in when it comes to preparing meals.

The number one reason women prefer their lovers to cook is very basic: nearly 85% say they just find it downright sexy. 63% say they like a man with a more equal approach and who doesn’t view cooking as a task for women. More than 50% say they like the opportunity to taste and try new cuisines.

Only 19% said they prefer men who cook because it leads to romantic, intimate settings at home, where no one can see them.

When dinner is served, eating in a sensual manner becomes a weapon of seduction: three-quarters of cheating women said they think eating can look very sexy, and play with their food when their lover cooks for them.

“This survey has put a twist on the old saying – ‘the way to a man’s heart is through his stomach’. Now cheating women have revealed the way to a woman’s bed is through her taste buds. Delicious meals have long played a role in seduction, however now we see that it goes both ways,” Mr Vedal said.

Does your husband cook?

Do you prefer a lover who knows how to cook?

If yes, why? (multiple answer)

Gastronomy and cooking can be a good conversation starter – 34%

You learn about different cuisines and tastes – 55%

I love romantic dinners inside where no one can see us, and if he’s the one cooking – it’s even better! – 19%

When he cooks for you, do you use the way you eat as a weapon of seduction?